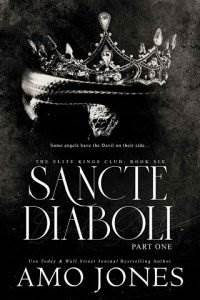 Because we’re all fucking survivors.

Everyone has a story, and when you die, your memories cling to the minds of the people you leave behind, scripted in permanent ink. They can go back and visit their favorite chapters when they need comfort, or simply skip over the scenes they want to forget, but what they can’t do, is be removed. Even if you tear a page from a well-written book, there will always be telltale signs something was there. There you lie, embedded in their minds forever, so essentially you’ll live forever, right? I didn’t think much about this until I met him. The day that I would die, I mean. Would I leave behind a novella, or would it be a nine-book series that would need your undivided attention? You see, I’ve gazed into the eyes of death twice in my life, and both times began at the entrance of his soul. His stare was always heavy and roguish, but he lit a match inside my body that would burn a lifetime after I’m gone. I wasn’t sure what I felt the first time his cold, corpse-like skin sailed over mine, but I remember it was the exact day that I knew I would never be the same. I was touched by the Devil; Heaven would never want me now. Not that Heaven was where I belonged either, though I’m sure he thought so. Tortured souls still weep; they tear themselves apart in dark corners where no one can see. Brantley is just that—tortured—though he doesn’t conceal it. He wears his darkness like a souvenir, proud and indifferent. I knew Brantley from the inside out, and I say that literally. I was familiar with the notes that his blood left in my mouth well after I had swallowed it.

The day my book hit the final page.

I couldn’t take my fucking eyes off her. If Dad looked up to my window right now and caught me watching him and Uncle Hector having a discussion that, clearly, looked heated, I may as well have had given him the key to my cell block and called it a fucking day. It wasn’t that I hated my father, it was that I hated my father. Yeah, there was a difference. I wish my problems with Lucan Vitiosis were as simple as most kids when they say they hate their parents. They weren’t. Anyway, back to the little girl. She looked strange. Like she didn’t belong to this world, more extra-terrestrial. Her hair was long for her age, around her shoulders, and it had to be the whitest shade of white I had ever seen. Almost translucent.

I stepped back from the windowpane, and before I could think or even stop myself, I started making my way down the hallway and stairs. They creaked beneath my weight, all of the painted portraits of the Vitiosis family line were staring down at me, probably telling me to stay out of it. “Sorry, Aunt, whatever the fuck your name is. But did you see her?” I’m still making my way down the stairs while hitching my thumb over my shoulder. “She’s like a doll.” Never been a fan of playing with dolls, until I saw her. Now I want to take her pieces apart just to see how she works.

I paused. My hand gripped the handle of the door. The gold lion emblem marking the palm of my hand. Fuck it. Turning, I rested my head on the back of the door, squeezing my eyes closed. I didn’t need to get involved. But then she screamed, and every note that left her mouth hid in all of the dark corners of my soul. Instead of running from me, she came to me. Anger sprang through me instantly and I spun around, whipped the door open, and froze at the threshold with my shoulders locked and my teeth bared. My eyes found her body instantly, and I didn’t even realize I was checking her for injuries until my eyes found Lucan’s grip around her little arms.

I glared at my father. “Let her go.” She wore a purple turtleneck and white pants. They weren’t soiled or filthy looking, and her skin was bright and fresh looking. She had obviously been cared for wherever she had come from. A gold emblem on her top flashed when the sun hit it, but I didn’t pay that close attention to it.

Lucan turned his head over his shoulder until he met my gaze. “What?”

Hector grabbed the little girl. “I will handle it another way. Brantley,” Hector demanded my attention, but all I could fixate on was the grip he had on the little girl. I never gave a fuck about much in life. Not because I didn’t want to, because I did. I wanted to. But I couldn’t. Everything was white noise to me. I wish I cared about the mundane shit that my brothers cared about. Girls, sex, drugs, fast cars, and all that shit. I had a fragile attention span when it came to everything in life. You got about three seconds to blow my mind or I’m out.