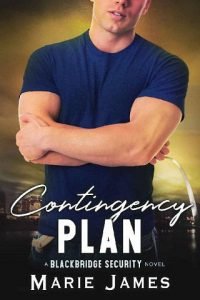 The relief in the man’s eyes in front of me due to my arrival should be my first clue about how this job is going to go, but I extend my hand to shake the one he’s offering.

Unmoving, I stand in the driveway and look up at the ostentatious house. He turns to look as well, taking in the stately home.

“Three residents, but a handful of staff are constantly in and out.”

“Hmm.” It’s the best response I can give right now.

There’s nothing quaint or humble about the house in front of us. It has been built to stand out, built so people will notice, a talking piece for anyone who drives by, but I guess that’s stardom for you.

“Basic,” Phillip answers. “Mr. and Mrs. Blair aren’t here much, so it wasn’t one of their priorities when they built. The majority of their valuables are under lock and key in a different location.”

The warning in his voice is clear, and I hate even the implication that he feels the need to warn me away from pilfering the clients’ possessions. Maybe it was a problem with staff in the past, but that isn’t how Blackbridge works. If there was even a hint of theft from one of our team members, they’d be out on their ass before they could blink.

“And they leave the daughter here alone with a basic security system.”

He shrugs. “Remington could probably circumvent any system that was put in place.”

“How long have you worked for the Blairs?”

He shifts from one foot to the other, making it clear he’s ready to pass the baton and get the hell out of here. It makes me wonder just how difficult this job is going to be if this man is hellbent on leaving as quickly as possible.

“Two years. I would’ve been gone six months ago, but I promised to stay on until a replacement was found.”

“And that took six months?” My feet begin to move me closer to the front door when he starts walking in that direction.

A series of questions invade my head, but the one that sticks out is what in the hell have I done wrong to end up here? I’m Deacon Black’s right-hand man, the second-in-command so to speak at Blackbridge, yet I’ve somehow landed the responsibility of babysitting a twenty-year-old woman who has been tagged a brat of epic proportions.

Phillip opens the door, allowing me to walk in first, but I’m more concerned with his response than the marble entryway and the double staircase leading up to the second floor.

“Six months?” I prompt when he doesn’t supply an answer.

“She ah…” He grips the back of his neck awkwardly, and it’s easy to tell he doesn’t want to give much away in fear that I’ll turn around and walk out.

I’m no stranger to hard work. Normally, I’m resilient and have the patience of a saint, but his behavior has me wondering if Deacon sent me here as some form of punishment.

“She’s a handful, a spitfire who hates rules.”

“She’s grown,” I argue. “I read the file, Phillip. Just give it to me straight. I know I’m not here as a security detail.”

“She’s turned slipping her detail into a sport, and she’s gotten very good at it.”

My eyes wander around the room, taking in the extravagant chandelier and the detailed molding around the ceiling. It’s not my taste at all, but I’m not here to get comfortable in this home.

“She likes to be chased,” I mutter, turning in a circle to try to identify the security cameras. I spot a few in the corners, but with what he’s told me, I can’t be certain the things even work.

“She likes to be a pain in the ass,” he clarifies with another sigh. His hand goes back to his neck, and the pull looks painful. “She’ll try to embarrass you. She’ll disrespect you, and if that doesn’t work, she’ll throw herself at you.”

My eyes dart to him, and he looks away.

“No!” He takes a step back, hands held up. “Fuck no, but that doesn’t mean she didn’t try. I’ve known the Blairs for years. I’d never cross a line like that.”

“But others have,” I deduce.

“And they were fired on the spot.” He raises an eyebrow at me, making sure I get the warning in his tone.

I shake my head, barely avoiding an eye roll. “I’m a professional. Blackbridge doesn’t get romantically or sexually involved with clients.”

That’s not the whole truth, but Deacon and Anna had a history, which makes their situation completely different. Whitney, technically, wasn’t a client when Wren set his sights on her, even though BBS did have to get involved to help her out when she needed it. Both of those situations were totally different.