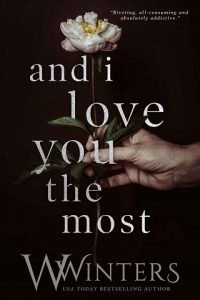 “It is sometimes an appropriate response to reality to go insane.” ―Philip K. Dick

The trees over the fence are brutal as their bark scratches down my right forearm. Branches whip at my face and I nearly impale myself on the spiked iron rail at the top of the fence before releasing it and dropping down. The hot blood smeared across my skin is more than enough evidence that damage has been done, but I don’t even flinch. Dried leaves lash out at me as I scramble through the brush, the twigs littering the ground crunching beneath my feet as I fall.

Oof. Biting down on my lip I silence the cry that threatens to be ripped from me on impact. With a racing heart and tears pricking at my eyes, I force myself to move. I can’t look back and I can’t stop.

Everything’s on fire, every weak muscle inside of me screaming with agonizing pain. I imagine this is what it’s like to die, and that very thought keeps me moving.

The cries from the new boy are still vivid in my mind. It was only moments ago and I swear they still echo in my ears. His shrill scream rings clearly in my head, tainted by my heavy breathing as I draw in a lungful of air that’s far too cold.

He won’t last. They’ll be back.

He should have run like me. The thought stays trapped at the back of my clogged throat as my bare feet almost slip on the damp grass before crossing onto the hard mud along the brick wall of some apartment building. I unlocked it. I tried to grab him but he only cried, whimpering on the floor and refusing to move.

My heart races as I glance one way and then the other.

For the first time since I swung the shovel, I stop. I stop for only a second, and his cries mix with another small boy’s wail.

Marcus. The burn of tears is unmistakable now as they streak down my face. His voice haunts me still. The way he cried but tried not to … I’ll never forget it. I may be a child, but if I live through this, I know I’ll never forget. Some memories are stained into who you are. The core of your soul is forever changed as a result.

My head is swarming with horrid memories and amid the nightmares is his smile, his consoling smile that everything would be all right. The images don’t line up with the reality. His whispers that everything’s going to be okay clash with the screams that prove it’s not.

It’s not all right. And it’s because of me.

From somewhere deep within the weak voice whispers to run, but my small hand clings to the worn brick on the edge of the building I’m tucked behind. As if holding onto it will keep me from being seen. The tight grip doesn’t allow me to escape. For a moment, I consider turning back and yelling at the boy I left behind. The door was unlocked and open. If he’s still there …

They’ll kill him too. They’ll do so much worse than that.

A staggered breath doesn’t fulfill any need for oxygen. The memories suffocate me, knowing what they’ll do if he doesn’t run like I did. I can’t move an inch in the freezing cold. The wind howls as I stare down a row of houses lining the quiet street.

In my mind, we were so far away from anyone who could help. But as I steady my breath, I see nothing but houses. I can’t remember if we screamed for help, but I know we screamed in pain. If only I’d screamed louder. My chest is hollow and my head dizzy.

They were so close. So many people. Several cars are parked along the street.

One is missing a tire, and as I stare at it, my gaze is caught by two men perched on a stoop.

Like me, their hoodies practically swallow their lanky bodies, but the two men are tall and older. Just as I see them, they notice me. “Hey kid!” one calls out. He’s got an unkempt beard streaked with enough white that I can see it from here, and a questioning gaze in his eyes.

Frozen and paralyzed, I don’t speak until both of them stand. My mind struggles with the fact they’re just on the other side of the street. They were so close. How could they have been so close?

“Are you all right?” The second man yells out the question before elbowing the other, and both of them start down the steps.

They’re coming for me, but I don’t know them. More importantly, they may have known. They could be lookouts for all I know.

“Kid, you okay? You need help?” they question, jogging across the street and heading right for me.