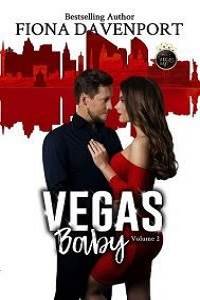 My younger sister, Belle, was an adorable mess of nerves as we drove to the tattoo parlor her husband went to for his ink. Her leg was jittery, and her fingers kept tapping on her thigh. I probably should’ve been more sympathetic since I was the one who’d come up with the idea of her getting a tattoo in the first place, but I couldn’t pass up the chance to razz her a little. “It’s a good thing I’m the one who’s driving. If you were behind the wheel, we’d end up crashing before we made it even halfway there.”

Belle jerked her head in my direction and glared at me. “Don’t you dare! This is all your fault,” she grumbled. “I wouldn’t be so nervous if you weren’t forcing me to get a stupid tattoo in the first place.”

“Hey! No fair,” I protested. “I’m not forcing you into anything. You agreed to this fair and square.”

“Only because you double dog dared me!”

My lips curved up in a wicked grin. “Okay, I’ll admit that you’ve got me there, but you still could’ve said no.”

“As if,” she huffed, crossing her arms over her chest and switching her glare so it was aimed out the windshield as I turned onto the street where the tattoo parlor was located. “You and I both know that I’d never hear the end of it if I didn’t follow through on a double dog dare.”

I thought back to how relentless our older sister, Aurora, had been the time I’d tried to dodge one when I was a freshman in high school. She’d double dog dared me to talk to a boy who was way out of my league. He was a starting player for the varsity basketball team, three years ahead of me, and had a tattoo on his shoulder that all the girls couldn’t stop talking about because nobody else in the school had one.

Aurora caught me looking at him for about five seconds and decided I liked him but was too scared to go up to him. That’s where the double dog dare came into the picture. She’d thought I was just being shy and that she was doing me a favor by forcing me to talk to him. It hadn’t mattered how much I’d tried to convince her that I didn’t like the guy—which was kind of understandable since I was blushing and stammering through my argument—she refused to budge.