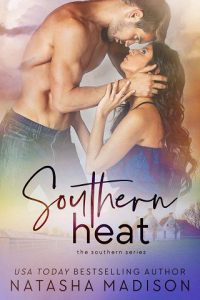 I strap on the black bulletproof vest over my black T-shirt. Ethan and Mayson are already dressed and ready to go.

The look on Mayson’s face is a mixture of rage and fear as he waits anxiously for the cue to go. It’s not every day that your father kidnaps the woman you love.

I put the gun holster on my hip and turn to look over at my father, Casey, and my uncle Jacob as they roll open the house plans.

"The cabin is isolated," my uncle says, and I walk over to see the plan of the forest. "It was a hunting cabin, so it’s literally just one room."

"It’s time," my cousin Ethan says. “Let’s go." He looks over at Mayson, who is one step ahead of him. Mayson and Ethan were in the military together. He showed up here three months ago after being shot and tortured. Chelsea saved him in more ways than he can tell you.

I put on the helmet with the night glasses. “You sure you’re okay to go out there?" my father asks as he looks down at the beeping red mark indicating Chelsea’s location.

"He’s ready," my uncle Jacob says and smirks at me. “I’ve trained him since he was eight."

"Trained by the best,” I say, my whole body tightening with anticipation.

Jacob and I nod at each other, and I follow his lead. He’s been sheriff for this town since before I was born. Walking in the darkness of the forest, we try to be as quiet as we can, but the twigs crack under our boots and branches hit us as we make our way to the cabin.

The sound of my breathing echoes in my ears as my father’s voice comes through my headpiece. "Okay, we got eyes on you two. Quinn and Jacob are right behind you."

"We are moving in," Mayson says, and I shake my head.

"Don’t be stupid." I press the button to talk. “Wait for backup." But no one answers me. I hear screaming, and Jacob stops in front of me as we look right and left.

"He found the tracker!" my father screams. “Tracker has been found."

"Fuck," I hiss as we sprint toward the cabin. We get there and look at each other as we walk up the three stairs to the front door.

The cabin has seen better days. The wood is almost rotten to the point that if the wind could get around the trees, it would tear it apart.

I walk in right after Jacob and see Ethan standing to the side with his gun drawn. Mayson straddles a man on the floor and punches him, his fists swinging right, then left. It takes me less than a second to see Chelsea lying off to the side with her eyes closed. "Mayson!" I yell his name as Ethan rushes over to him and grabs his wrist in his hand.

"He isn’t worth it. You need to go to Chelsea," Ethan says, and he finally gets off the man and walks over to her. My gun is aimed at the man lying in the middle of the dark room. Mayson says something to her as she moans, and he picks her up. The tears stream down his face, and I have my heart in my throat. She is one of my best friends, and I want to walk out with him, but I know I can’t turn my back on this scene.

Mayson turns and walks past his father, coming by Ethan and me as we stand side by side. "Gun!" I hear Jacob yell, and everything happens in slow motion. I turn toward the man on the ground.

He lifts his head as he holds up the black gun in his hand. His face is bloody as he smiles the vilest smile I’ve ever seen in my life. He aims his gun toward Mayson, who rushes out of the cabin with his head down, covering Chelsea with his body.

"Fuck you,” he says to us right before a shot is fired.

"Shots fired!" I yell. The flashing blue and red lights shine into the cabin.

I look over at Jacob, who walks over to Mayson’s father, his gun still trained at him. He kicks away the gun from his side as it slides under the lone bed in the room.

"Is he …?" I look down at the man as he lies there with his eyes open.

Jacob gets down on one knee and picks up his hand, checking for a pulse at his wrist. "No heartbeat."

"How pissed do you think Mayson will be that he didn’t pull that trigger?" I look down at the man who has been hunting him for the past three months.

"We have a casualty," Ethan says as he looks down at the man. “Jacob took out Mayson’s father."