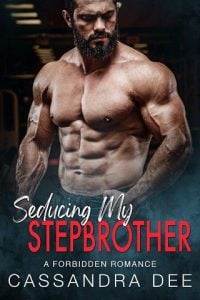 I was late with rent. Again.

Unfortunately, as a student at the Sheffield Dance School, I don’t have many options. The dance company provides a stipend to its students each month, but it’s not enough to pay for anything, really. As a result, around the first of each month, I start doing a dance. More specifically, I start dancing around to avoid our building manager because I’m going to be late with my rent for the umpteenth time. But one morning, Jimbo was lurking right outside my apartment door, ready to pounce when I stepped out.

“Hey Janie, you got that thousand bucks?” he leered, his face shiny and sweaty even though it was cool in the hallway. I swung my bag carefully over my shoulder, looking down at the floor. The stairwell was just a few feet away and I glanced at it longingly, hoping I could make a quick escape.

“Umm,” I mumbled, stalling for time. “Can I give it to you tomorrow? I’ll have the money then,” I promised.

Jimbo’s eyes lit up, probably because he smelled weakness.

“You know I can’t keep making excuses for you, Janie,” he sing-songed. “Last month you were already late, not to mention the month before that. But tell you what,” he said, his voice dropping to a hush. “Come by my office later today and we’ll work out a deal,” he said lasciviously. “You have something that I want.”

A wave of dread crawled over my frame and my stomach curled in on itself as Jimbo cackled hungrily. But I made myself swallow and shot him a smile.

“Sure, Jimbo, I mean, Jimmy,” I said with fake cheer before brushing past him to go down the stairs. “I’ll come by later. You’re my number one priority.”

“Tonight!” he called after me. “A thousand bucks or we need to find another way, girlie! I’m going to bend you over and …”

His voice grew faint as I rushed down the stairs, before stepping outside. The building door slammed behind me and I took a deep breath of the chilly air. Oh God. I allowed myself to shudder after looking over my shoulder. The thought of getting personal with Jimbo was horrendous. His sweaty, flabby flesh slapping against me, and his grimy hands dirty from taking out the building’s garbage, grabbing at my curves. I was nauseated already.

But what options do I have? I have no money and the situation was desperate. I schlepped to school and dejectedly, entered the dance studio.

My roomie Monica was already there, stretching at the barre in a simple black leotard. My friend’s lithe figure was sinuous and elegant as she raised one arm high over her head in a graceful arc.

“Hey girl, why the long face? It’s too early for that,” she greeted with a smile. Monica is an early riser and often slips out before I was even up, leaving me with the apartment to myself.

But right, the apartment. I had to tell her about my problem.

“I know I’m late with rent again,” I said apologetically while staring at the floor. “I’m so sorry. I’ll find the money somehow. Tomorrow at the latest,” I promised.

“Is Jimbo making trouble again?” she asked sympathetically. We were both struggling students in the city, and she’d probably had some run-ins with our super as well.

“Mmm-hmm,” I nodded, pulling on my leg warmers. I sighed. This pair had cost me fifty bucks and there was already a loose thread dangling at the edge. Damn, that was more money leaking down the drain.

But I had a plan. Even though my dad’s construction business wasn’t doing well, I figured I’d give him a call and ask. Maybe Frank could spare a thousand bucks. Or not.

“Listen, you’re free tonight, aren’t you?” asked Monica, interrupting my thoughts. “We haven’t caught up in so long, so why don’t we do something together?”

“Sure, that sounds good,” I mumbled, my face hidden as I bent over the barre, pulling at my hamstring. I was embarrassed at my poverty, to tell the truth, and didn’t want to meet her eyes. Besides, it was easier just to say yes and then later bail, rather than admit the truth, which was that I didn’t have any cash to go out.

“I’m just asking because, you know, I’ve been on-time with my rent the last couple months,” she mentioned off-handedly.

I straightened to look at her, my eyes defeated.

“Yeah, but I thought it was because you were dating that guy. What was his name again?” I asked tiredly. “I figured he was helping so you didn’t have to depend on the stipend we get from Sheffield,” I said, gesturing vaguely to the studio.

“Oh Michael!” my buddy laughed. “No, there’s no way he could help. He’s a starving artist, and if anything I have to help him, and not the other way around. Besides, we’ve only been dating three weeks, so it’s nothing,” she said with a wave of her hand. “No Janie, I mean, have you thought about dancing?”