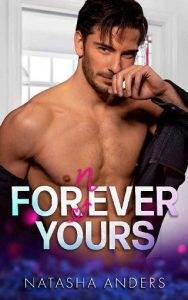 Elizabeth Finch thinks Gideon Hawthorne is arrogant, pushy, abrasive, and too cocky by far. While Gideon makes no secret of the fact that he finds Beth to be a smug, condescending, know-it-all. If she could, Beth would avoid him at all cost, but he's her best friend's husband's best friend, and thus inescapable.

Their friends have developed a handy system: Beth Days and Gideon Days, but there's no avoiding the big celebrations, where Beth and Gideon have to grin and tolerate each other. And when Beth finds herself falling into bed with Gideon after one of these celebrations, she knows that she's making a colossal–no–gargantuan mistake. And Gideon makes it clear that he feels exactly the same way. It's a mistake. Never to be repeated, or spoken of, ever again.

But these two arch enemies are now aware of each other in ways that they had never been before. And the urge to touch and kiss is becoming even stronger than the need to argue and snipe. Just because she dislikes him, doesn't mean Beth can't enjoy his masculine beauty, right? Just because he thinks she's obnoxious, doesn't mean that Gideon can't–constantly–fantasize about the addictive taste of her lush lips, does it?

Beth and Gideon's enmity is insurmountable, but their chemistry is undeniable and soon they'll be forced to choose between hating each other and desperately wanting each other.

Elizabeth Finch had a few.

No! More than a few.

She had so, so many regrets.

There was a naked man in bed with her. And not just any man—she directed a quick glance over her shoulder to reconfirm his identity and stifled a groan when her eyes verified what she’d already known—her worst enemy. If this were a comic book, and Beth the hero, this man would be her arch nemesis.

God, this was an enormous mistake.

Wait…was colossal bigger than gargantuan? The thought tripped her up for a second, when the behemoth—ooh good one—in bed beside her shifted and groaned.

Crap! She wanted to get out of here before he woke up. Worse than falling into bed with her arch nemesis, was waking up the next day to witness the smugness on his aggravatingly handsome face as he smirked about his latest conquest…Her.

Ugh. No thank you.

She peered around the room, assessing her options. Thank God they’d come to his place last night. Kicking him out of her house would’ve been a lot more awkward than simply sneaking out of his.

Beth wasn’t too fond of confrontation, and yet she always found herself in the midst of one whenever she and Gideon Hawthorne happened to be within five feet of each other. Which was not great since she saw him so often. Her best friend, Cat, was married to his best friend, Campbell Ryan, and as a result Gideon and Beth were forced to see each other regularly.

Worse, he lived much too close for comfort. He’d moved into her sleepy little seven-house cul-de-sac directly across the street from her, in the suburb of Newlands in Cape Town, just a few months ago and now Beth saw him every day.

She gingerly pinched the thick wrist flung across her waist, between her thumb and forefinger, and held her breath as she lifted it inch by excruciating inch. His arm was limp and heavy and didn’t move as easily as she’d hoped it would.

He muttered something incomprehensible and she froze, her breath catching in her throat as she waited to see if he would settle again.

His body gave off enough heat to power a small city and Beth instinctively found herself wanting to huddle closer to all that lovely warmth.

This weakness was exactly why she was in this ridiculous position in the first place. Naked—oh GOD she was naked!—and in bed with the most irritating man in the world.

The Most Irritating Man in the World.

Slightly better. Only it needed to be highlighted in caps and bolds, possibly in italics as well. And underlined for good measure.

The Most Irritating Man in the World

God, she had to get herself up and out of here. She needed to think about how she was going to proceed from this moment forward, and she couldn’t very well do that while she was cuddled up to his hot—on oh so many different levels—and hard body. Beth might not like him, but she was honest enough to admit to herself that he was one of the best-looking men she had ever met.

Which could explain the guy’s oversized ego.

She refused to think about what else was oversized about him. And she absolutely refused to blush while not thinking about it.

He stopped mumbling and sighed, while his breathing settled into a nice deep, even rhythm again. Beth relaxed and continued to move his arm until she’d lifted it just enough to carefully wriggle out from beneath it.