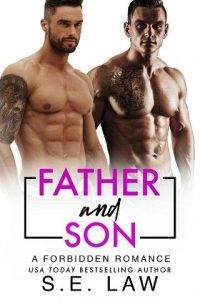 I sit cross legged on my bed and call my best friend, Lucy, through video chat. Her big, swollen belly is the first thing that appears on screen as she scrambles to balance her cell.

“Hang on just a second!” she calls out. “Nora, I need you to sit still for five minutes so Mommy can talk to Aunty Sarah. Nora!”

Lucy’s daughter is only one so we both know that’s not going to happen.

“I’m so sorry about that. I just gave Nora a bath and now she’s decided that running around the house naked is the best way to dry off.”

My friend makes a face. “But as I’m sure you heard, Brandon took her into the playroom, so I’m free to chat now. What’s up?”

I shoot her a sniffly smile. “No, it’s okay. If you’re busy, this can wait. It’s not crazy or anything.”

Lucy grows concerned. “Your eyes are red and puffy, girlfriend! OMG, we have to chat. Have you been crying?”

I swallow heavily. “It’s been a long day, that’s all.”

My buddy’s expression is sympathetic.

I take a deep breath. “Well, you know how my dad got really into investing last year?”

Lucy nods. “Yes. He tried to get us into it too, remember?”

I nod. “Well, I’m glad we didn’t because my dad found this company called SilverForever and figured it was a good investment because silver is safe, right? At the very least, you always have a bar of silver in a bank somewhere. At least I think it’s a bar. Or would it be an ingot or something?”

Lucy looks just as mystified as me, her forehead wrinkling.

“Your guess is as good as mine. But I get it. Everything is crazy right now, but silver might be more stable. I mean, I’m not an economist or anything, but from what I’ve heard on the news, metals are a conservative investment.”

I nod, sniffling again. “That’s what my parents thought. But then, the company they invested in turned out to be scamming people, and they didn’t have any of the silver they promised! The company went under and is now being investigated by the SEC, the FBI, and god knows who else. But still, my parents are out their life savings.”

Lucy gasps, her eyes going round. “What? Will they get anything back after the investigation?”

I shake my head and sniffle. “I doubt it, to be honest. Rules and regulations exist to protect big institutional investors, but you know small fry like my parents. There’s no one to protect them, so I don’t think they’re going to see a cent.”

My friend frowns, her chin trembling a bit with indignation.

“I know, right? My dad put their entire life savings into this company too. I told him not to put all his eggs in one basket, but he insisted he was going to triple their money in a year. Instead, he lost it all.”

Lucy shakes her head, her brown curls bobbing. “They’ll be okay because your parents still work, right? I’m sure they can survive until they figure something out.”

Now it’s my turn to look forlorn. “But that’s the problem. My mom quit her job a few months ago when it looked like the silver market was roaring, and Dad followed suit a few weeks later. They don’t have any income or savings, nor do they have anything to fall back on. Literally, everything went down the drain at once.”

My friend is sympathetic. “Oh no, Sarah, I’m so sorry.”

But I shake my head again. “It gets worse. Apparently, my parents have been struggling financially for a while now, and didn’t think to tell me. They wanted to wait until their stock went up so they wouldn’t have to worry about money anymore. So in fact, they’ve already missed a bunch of mortgage payments, and the house is going into foreclosure. It’s my childhood home!”

I start crying harder as I say the words out loud. It still doesn’t seem real, even though my dad showed me the paperwork from the bank just a couple hours ago. It was threatening, with big red letters demanding action, and I burst into tears when I saw it. After all, my parents and my younger sister, Colleen, still live in that house. What will they do if they lose the roof over their heads? Plus, Colleen is still in high school, and she’d be devastated to have to switch schools before she graduates.

“Oh my God, foreclosure is scary. What are you going to do, honey?”

I sniffle again. “I have no idea. I need to help them somehow! But how? You know I’m still in school, so I have no income. How in the world would I come up with money to pay their mortgage, much less all the arrears? My parents and Colleen will be homeless if I don’t do something,” I lament. “Do you think I should invite them to live with me?”