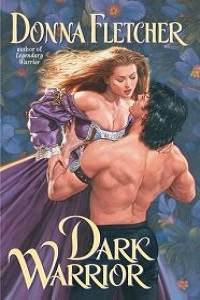 Mary ran for her life in woods that once offered sanctuary.

Low-hanging branches scratched at her arms in an attempt to impede the escape, and familiar tall trees became as angry sentinels blocking her at every twist and turn. Gray storm clouds rushed overhead, keeping pace with her; a fine mist of rain fell, dampening the linen shift and tunic she wore. Her soft leather boots crushed the fresh spring growth as she tried to increase the distance from her pursuers.

Their angry warning shouts were meant to frighten her, but she did not think she could be any more frightened; she had been running for the last ten years.

The ground trembled from the pounding of running feet as they gained on her. She hastened, but the rapid pace brought on a growing fatigue that soon would impede her flight.

Do not turn around. Keep running.

The pursuers taunted her with their laughter, playing with her, letting her know they were so very close to capturing her. She refused to let them intimidate her and refused to surrender. She would run until she breathed her last breath.

Her determination gave her renewed speed; she heard a string of violent oaths spewed from behind as she moved beyond their reach.

The wet ground made her footing difficult. She slipped and righted herself, but not quickly enough.

Hands suddenly shoved at her back and she tumbled face-forward to the ground, her breath knocked completely out of her. Given no time to regain her senses, the man roughly turned her onto her back, straddling her and grabbing her neck in his large, thick hand.

“Run from me will you?” He snarled between panted breaths, sounding like an enraged animal about to tear his prey to pieces. “You’re not going anywhere. Decimus wants you.”

Mary grabbed at his hand, fear racing through her. He was choking her; she could not breath. She pulled and clawed at his wrist, his arm, but he squeezed even harder. Her vision blurred, shouts sounded around them.

She struggled and fought, and knew she was dying.

Mary woke with a start, her hand going immediately to her neck. She cringed from the pain. Total darkness surrounded her, and she curled up into herself in the tiny prison cell.

It had been a full day since her capture, at least she thought it had been. Being deprived of light made for the absence of time. It was as if darkness was a void where time did not exist or matter.

She gently moved her fingers over her neck, determining that it was bruised nearly from ear to ear. She had attempted to give answers demanded of her captors’ questions after the strangling ceased, but her throat was so pained that speech was barely possible.

This angered them even more, and the one who had choked her shoved her in disgust to the wet ground. She was already wet and muddied; this only added to her miserable condition. And now she sat in a cell, the mud having dried and caked on her garments, in her long blond hair, streaking her face. She knew she must look a sight.

She laughed softly. What did her appearance matter? She sat alone in the dark cell, her life in danger. Her thoughts should be on more important matters, but then what chance was there for her to escape? And being released? She shook her head at the absurdity of the wishful thought.

A faint noise in the corner of the cell caught her attention. She listened as the scurrying of tiny feet rustled the straw serving as the cell’s floor-covering. No doubt mice or rats looking for a morsel of food. She tapped her feet together to frighten the rodents off. She heard an anxious scurry of feet and then sudden silence. They had made their escape, while she remained a prisoner waiting for . . . ? Mary shook her head and huddled in the corner of the cell, a chill causing her to shiver. She hugged herself tightly.

Decimus had finally caught her after all these years.

She shivered again, gooseflesh prickling her soft skin at the mere thought of the man and his infamous reputation for hunting, capturing, and punishing heretics. It was said that he gained extreme pleasure from inflicting pain on his prisoners, and the only escape from him was death.

She shook her head slowly at the memories that had brought her to this tiny cell. She had lived a quiet, uneventful life since her parents’ friend Magnus, or as most knew him the “Legend,” had brought her to sanctuary in the woods in the northeast of Ireland far from her native Scotland.