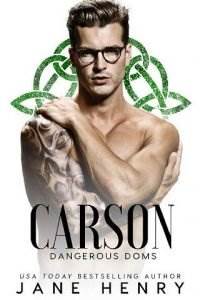 The phone call wakes me out of a dead sleep. I roll over and look at the time. Two o’clock in the morning. I blink, bleary-eyed, when the phone rings again, and stare at the empty bed beside me. Eve’s gone on holiday with a friend of hers, and I’ve been watching the baby on my own. I just got her back to sleep.

His voice is tight and laced with pain, as if he’s braced himself to make this call. Something’s wrong.

I sit up, my heart racing, and I glance again at the empty bed beside me.

“There was an accident,” he begins. “The police called me first. They didn’t have your number.”

Cold dread shivers down my spine. I’m fully awake now, and this moment feels surreal, as if frozen in time, suspended in ice, a moment I already know I’ll never eviscerate from my memory.

“What kind of an accident?” I ask. My voice isn’t my own, like it’s borrowed from an alien life form.

He gives me the news that shatters my world.

She didn’t make it.

It’s like an invisible hand draws down a shade over my life.

I slither down into darkness.

A crisp wind bites through the thin cotton jacket I wear, and I pull my little girl tighter to me, turning her away from the biting cold. She burrows into my chest and curls her chubby fist right under my chin. My heart swells, and I bend, take her hand in mine, and kiss her dimpled fingers.

“Daddy, cold,” she whispers, before she lays her head on my shoulder.

She nods her head, her curls bobbing. At two years old, she’s got wispy, chestnut-brown curls that are all her own, but pale blue eyes that remind me of her mother.

Before we go, I bend and place the small bundle of wildflowers Maeve gave me from her garden on the grave.

Babies don’t always know when tragedy strikes, every new day as promising as the last. And little Breena was no different. While police headed to our flat, Keenan spread the word, and my brothers poured in to help me and to offer support. Little Breena laughed and played, and for a time, was distracted when she called for “mum.”

The first night, I was able to divert her attention and put Breena to bed. Maeve, the mother to all of us in the brotherhood and granny to all the children, stayed over to help, rocking her and singing the lullabies she likely crooned to her own boys. She got Breena to sleep, but it was only a matter of time before Breena knew that mum wasn’t coming home.

The days run into one another like the waves in the sea below the cliffs. Pushing and pulling, crashing and lapping at the shore. The tide comes in and the tide goes out, the powerful water eroding the craggy rocks.

I push myself forward for Breena’s sake, but still, I know I’m only going through the motions. My heart was buried with Eve.

I start and turn to see Father Finn in the shadows behind me, his hands shoved into his pockets. He wears a black cardigan and looks even older than when he presided over Eve’s funeral mass. Younger brother to the late Seamus McCarthy, he’s as much a pillar of the community as the younger McCarthys, and I often wonder if his connection is what causes the deep lines between his brows and his receding hairline. Every time I see him, he looks as if he’s aged.

He looks at Breena and smiles. “Fancy a cup of tea in the rectory?” he asks. “The housekeeper left a plate of fresh biscuits.”

I feel my body tighten at his suggestion. This is no casual invitation to tea in his private residence. Instinct tells me he knows something. Something about Eve’s death.

Why didn’t he call a meeting? Call Keenan? Why come directly to me?

Breena looks up at me and places her little fingers on my chin, bringing my eyes to hers. She does this to get my attention, and she gets it, every time.

“I yike biscuits,” she whispers.

I give her belly a tickle, and she doubles over in my arms with a giggle.

I’m not sure why I agree. I’m a private person, and I tend to keep it that way. I don’t frequent the club my brothers go to, and in the past few months it seems I’ve become even more introverted. I take care of Breena, and I take care of myself.