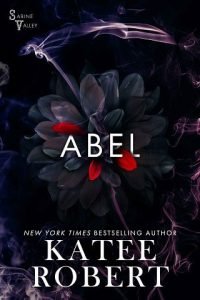 We time our arrival perfectly. The feast is more than halfway over. The early fights—the ones people froth at the mouth for—have come and gone. By the low sound of voices in conversation, people have begun to eat and enjoy themselves, relishing the fact that it’s one of the few nights a year when Sabine Valley’s three factions can mingle without repercussions.

We’re about to ruin their night.

We’re about to ruin their whole fucking life.

I glance back at my brothers. They have their emotions locked down tightly. This will go our way, but it’s impossible to ignore the fact that last time we were in Sabine Valley, we were running for our lives. Eight years later, and it’s time to settle the score. “You with me?”

One by one, they nod.

“As soon as the ceremony is over, we retreat to the warehouse. The handfasting has to be consummated tonight, but don’t force them or do anything that will jeopardize the next year.” I don’t expect it to be an issue—even my brothers and I have lines—but it still needs to be said. “Got it?”

Another round of nods.

I turn without another word and lead them across the rooftops to the edge of the grounds. From this vantage point, I can see everything. The deep curve of the natural amphitheater marking the middle of the island in the center of the city. The three factions have mingled a little, but the lines are still remarkably clear. Each of the leaders has a dais at the edge of the amphitheater, creating three points of a large triangle.

In the center of the amphitheater, two fighters are in the middle of combat. From the look of them, they’re an Amazon and a Mystic. The Amazon is a Latina who’s a good six inches taller and moves with the deadly efficiency her faction is known for. The Mystic is a thin, Black man with flowing robes who looks like a stiff wind will blow him over.

“Mystic will take it,” Cohen murmurs at my side.

“When they’re finished, we go in. Don’t let anyone stop you.” As long as we can get down there and issue an official challenge, there’s not a damn thing any of the factions can do except meet it. The laws of the feast days are there for a reason. To ignore them is to invite ruin. That shit should have been enough to keep peace, but the rules didn’t help my father when these fuckers slit his throat, they didn’t help our people who burned alive in the house they should have been safe in, and they sure as hell didn’t help me and my brothers when we were forced to flee for our lives.

Now I’m going to make them choke on their goddamned laws.

As we watch, the Mystic catches the Amazon’s punch in his robe, twisting the fabric to trap her. He delivers a brutal jab to her throat and bears her to the ground, punching her in the face once, twice, a third time. Her hand slaps the ground twice. Just like that, the fight is over.

The Herald steps forward. She’s an ancient Korean woman with her long, white hair pulled back in a high knot at the top of her head. “Gerald wins. The Amazons will allot him the agreed amount.”

A cheer goes up from the wedge of the amphitheater that’s mostly Mystics. They’re easy to pick out because they dress like they just stepped out of a fantasy novel. Robes in a variety of colors; hair designed in towering spirals and peaks and stuffed with trinkets and ribbons. They’re also smart as hell and like to use others’ perceptions of them to their advantage. They’re not as strong and fierce as the Amazons, not as brutal as the Raider faction, but there’s a reason they’ve held their wedge of the city since its inception. They are not to be underestimated.

One by one, we drop off the low roof to the street. I pause long enough to ensure all seven of us are on the ground and then lead the way through the crowd. It doesn’t take long for people to start noticing us. Seven men in dark clothing with murder in their eyes. Even if they don’t recognize who we are, they begin to part, pushing each other to make way for us.

We reach the lip of the amphitheater and start down the stairs. One of the Herald’s guards moves to stop us from entering the sand, but she holds up a hand, and he shifts back. This woman has been Herald since I was a child, a neutral party that oversees all the feasts and calls no faction home. She surveys me and finally nods. “Have you come to challenge?”

It’s obvious to everyone present that it’s exactly why I’m here, but Sabine Valley is nothing without its ridiculous rituals. I can’t ignore them if I want this to work. “Yes, Herald.”