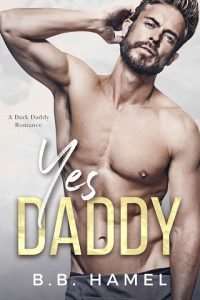 I can barely hear my footsteps on the thick plush carpet as I follow behind the austere tall man wearing a butler’s uniform.

A real freaking butler’s uniform, by the way. I’ve never actually seen someone wearing a butler’s uniform in my whole life, but there he is, walking along ahead of me like it’s totally normal.

He’s reed straight and willow thin, and when I approached him out in the lobby, his eyes were crystal blue and startling. He looked me up and down once, nodded to himself, and gestured for me to follow without a word.

I have no clue if he has a British accent or what, and I’m totally dying to find out.

I think about asking him a question, but there’s something about this hallway. Paintings hang on the walls, paintings that look vaguely familiar. It’s like they’re common prints you see online all the time, except these look real. I’m tempted to reach out and touch one.

Except I don’t want to get fired on my first day at my mysterious new job.

I answered a Craigslist ad. I don’t normally do that, but I got desperate and shot off an email. The position it was advertising for mentioned being a personal assistant with basic duties like fetching mail and coffee, that sort of thing, but it was the salary that caught my eye.

Eighty thousand a year. That’s, like, an unreal amount of money, especially for a girl that graduated with an art degree. I thought I’d be painting professionally by now, except that’s not super realistic.

Instead, I’m following some random butler into the heart of Ward Investing, some enormous investing firm that I know nothing about, to become the personal assistant to… somebody.

Nobody told me who I’ll actually be assisting, which is totally weird in retrospect.

This whole process was weird. I sent an email along with a headshot (the first indication that something was up—they asked for a freaking picture) and my resume. I heard back an hour later, and was invited for an interview. The woman that did the interview was polite but distant and I thought I bombed it until she offered me the job on the spot.

Show up here at six in the morning on Monday, she said, and the job is all yours.

Sweet, I thought at the time. Eighty thousand a year. I mean, it’s an early start, but I can handle it for that kind of money.

Little did I know at the time, but I’d never see that woman again. I don’t even remember her name.

I hurry to keep up with butler man. He’s practically jogging and I have to push myself to stay close. This hallway is lasting forever and I’m starting to think we passed through the wardrobe and are about to step out into a beautiful fantasy land full of talking trees and crap like that.

Instead, the hall ends in a pair of enormous double doors like out of a castle. The butler glances back at me and hesitates.

“Speak only if spoken to,” he warns, and I’m surprised to note that he’s not British at all.

In fact, I think he’s from Long Island, if I had to guess.

“You will be meeting Mason for the first time, but you will never address him as such. You will call him sir or Mr. Ward, do you understand?”

“Good.” He purses his lips. “Try not to embarrass yourself.” He turns away and pushes on the door.

I only have a second to reflect on that. I mean, what an incredibly rude thing to say right before I’m supposed to meet my employer.

And to top it all off, I’m finding out that this guy shares the same name as the whole freaking company.

I did a little research, I won’t lie. I googled Ward Investing, looked at the website for two minutes, and ended up on Reddit for three hours looking at cat pictures. I meant to do a more thorough investigation, but hey, there’s a reason I have an art degree and not a business degree. Delving deep into a company’s history and financials doesn’t exactly hold my interest.

I take a deep breath and follow the rude American butler through the doors. We step into a wide, deep room with windows on either side. I glance to my left and the view startles me for a moment.

We’re at the very top of the tallest building in Philadelphia, and I can see everything all around us.

I nearly run right into the butler before coming to an abrupt halt. He’s standing there, head bowed slightly, and I tear my eyes from the windows to stare straight ahead at the most attractive man I’ve ever seen in my life.

He looks fake. At least for a second, I think he’s fake. He’s the sort of guy you see in movies, or in fashion ads or something like that. He should be shirtless and covered in water and giving a deep, dark, intense look that suggests he’s willing to dry off, but only if I’m willing to get wet instead.