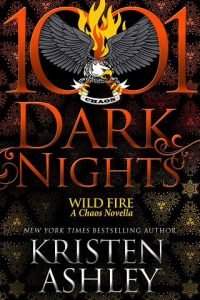 
One Thousand and One Dark Nights

Once upon a time, in the future…

I was a student fascinated with stories and learning.

I studied philosophy, poetry, history, the occult, and

the art and science of love and magic. I had a vast

library at my father’s home and collected thousands

of volumes of fantastic tales.

I learned all about ancient races and bygone

times. About myths and legends and dreams of all

people through the millennium. And the more I read

the stronger my imagination grew until I discovered

that I was able to travel into the stories... to actually

become part of them.

I wish I could say that I listened to my teacher

and respected my gift, as I ought to have. If I had, I

would not be telling you this tale now.

But I was foolhardy and confused, showing off

One afternoon, curious about the myth of the

Arabian Nights, I traveled back to ancient Persia to

see for myself if it was true that every day Shahryar

(Persian: شهريار, “king”) married a new virgin, and then

sent yesterday's wife to be beheaded. It was written

and I had read, that by the time he met Scheherazade,

Something went wrong with my efforts. I arrived

in the midst of the story and somehow exchanged

places with Scheherazade – a phenomena that had

never occurred before and that still to this day, I

Now I am trapped in that ancient past. I have

taken on Scheherazade’s life and the only way I can

protect herself and stay alive.

Every night the King calls for me and listens as I spin tales.

And when the evening ends and dawn breaks, I stop at a

point that leaves him breathless and yearning for more.

And so the King spares my life for one more day, so that

he might hear the rest of my dark tale.

As soon as I finish a story... I begin a new

one... like the one that you, dear reader, have before

Dutch’s phone rang while he was in the T-U-V section at Fortnum’s Used Books.

He pulled the cell out of the back pocket of his jeans and checked the screen.

He loved his brother, but it was hit or miss if he’d pick up a call from the guy.

This was only because Jag was all about good times. Getting drunk. Getting laid. Getting out of town for a change of scenery, doing it on a long ride, and doing it in order to get drunk or laid in a fresh locale.

Jag was twenty-six, it was his time to carouse.

At least that’s what their ma and Hound said.

Dutch was twenty-eight, and apparently it was his time to carouse too.

At least that was what their mother and Hound urged him to do.

Not that he ever did. That was not the kind of guy he was.

He could see getting a buzz on, and he did.

But being around dudes who were so drunk, they were either sloppy or turned into assholes, not so much.

Jag never took it that far. His brother just got happy(er) and (more) sociable when he got a buzz on.

Jag’s puking-and-being-an-asshole days ended that night their motorcycle club, Chaos, voted Jagger in as prospect. Then they made him drink to the verge of alcohol poisoning. After that, with the mother of all hangovers, they made him clean up after himself and everyone else who’d over-imbibed.

Come to think of it, that was when Dutch’s getting-drunk, puking-and-being-an-asshole days ended too. Before Jag’s. When the brothers had taken Dutch on as a recruit and made him do the same thing.

These were the ways of Chaos, Dutch had learned.

Even shit that didn’t seem to have a purpose, had a purpose.

Tack, their retired president, was that kind of guy, that was where he led the Club, and he’d cemented them there, all so he could hand that kind of Club down to his son.

In other words, no man wanted to be around another man who could not handle his booze. Who didn’t know when to stop. Who got to the point he was puking and being an asshole.

So you learned right away in Chaos that wasn’t the brother to be.

And they found a way to teach that lesson and made you that kind of brother.

He ignored the call, shoved the phone back into his pocket and slid the volume from the shelf.

Dutch opened the book and saw, in subtle pencil written at the top right of the opening page, $5.00.

He set it on top of Rabbit, Run and retraced his steps to the M-N-O section.

He checked and it was a negatory.

They almost never had a copy of Confederacy of Dunces, which sucked.

So he retraced to E-F-G and hit gold.

He snatched that up and headed to the Young Adult section, even though he knew it was a fool’s errand. He’d checked every time he’d come to Fortnum’s for the last year.