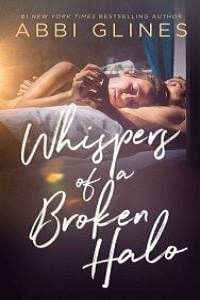 “This ain’t no free ride, girl! Don’t you be forgetting that. I took your homeless ass in, and I didn’t have to. I did it though, now didn’t I? Dakota had no business at all, having kids. She ain’t got good sense, and neither do you or that sister of yours,” my aunt Mabel Lynn screeched her words loud enough that every neighbor in the trailer park could hear her.

My stomach felt sick from embarrassment and shame. My sister, Tory, and I had been living with my mama’s older sister in Alabama for two years now. Ever since my mama had been put in prison for murder. Aunt Mabel Lynn had said they were never gonna let her out. That she would rot in there, and just like everything else, it was my fault.

If I hadn’t told Mama about Bennie, her boyfriend, touching me in my private places, she wouldn’t have come home from work early. I just wanted her to send Bennie away. I would have never told her had I known she was gonna shoot him with the neighbor’s shotgun. Fact was, Bennie had been touching Tory longer than me, and she never said anything about it. She refused to talk about it when I tried to get her to. It was almost as if she didn’t know what I was talking about when I knew he had. I had heard her crying in the closet after he shoved her inside and then followed her. She was sixteen, almost seventeen now, and I was positive Bennie had started abusing her when she was eleven. I just hadn’t known what he was doing until he did it to me.

“There you go, standing there, looking as dumb as she is! You hear me, girl? Don’t you leave this trailer until it is spotless. When I get back from my shift, this place had better smell like motherfucking pine! And if’n that no good sister of yors shows up, she ain’t welcome in this house. She can’t come and go like some whore. She can stay and earn her keep or just stay gone!”

I nodded my head. “Y-y-yes, ma’am,” I stuttered. I used to only stutter when I was nervous, but after Bennie, it was something that happened all the time. I hated speaking. It was always a struggle.

She shook her head at me and grabbed her faded blue-jean purse with patches of cities she’d never see all over it. “I don’t have to keep you, girl. Remember that!” she continued yelling, then opened the screen door and left. Finally.

I stood at the sink, washing the dishes, until I heard her loud car start up, then pull out of the gravel parking spot beside the front stoop. When I was sure she was gone, I stopped washing and sighed in relief.

During the school year, it was easier. She worked most evening shifts at a bar. By the time we walked home from school, she was getting ready to leave and wouldn’t get back until after three in the morning. We would be at school before she woke up.

In the summer, things were different. She remembered how much she didn’t like having us around. I heard about it a lot, and so did our neighbors. Tory wasn’t here much anymore. Since summer break, she’d started going off more and more with boys. They had to be older because she stayed with them for weeks at a time. I wondered if she had air-conditioning where she was staying. She didn’t tell me much when I asked her, but then she rarely came back here.

Aunt Mabel only ran the window-unit air conditioner when she was sleeping and getting ready for work. Then, she opened the windows and doors before she left. Everyone could hear her loud voice as she yelled at me before going to work every day.

A knock on the metal part of the screen door startled me, and I jumped and spun around to see who was there.

Rio must be six foot tall already with warm brown eyes and a dimple when he smiled. He was also the only good thing about this place. He had moved in six months ago, and things seemed easier with him around. He lived two trailers over with his mom. He was the only friend I had made while living here. Rio didn’t seem to mind that my clothes were too big, faded, and smelled of old cigarettes. He also didn’t mention my stutter. He acted as if I spoke normally. Being with him made me forget the way I looked and sounded. All I could see was him. He was beautiful, and part of me was a little in love with him.

“Yes,” I said, drying my hands off on the hand towel beside the sink.