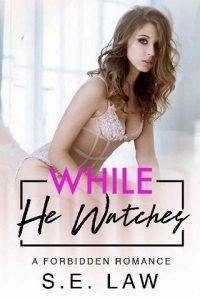 The bell on the door jingles with finality as the last customer walks out with two dozen sugar cookies. She’s got a huge smile on her face because she only wanted a dozen but then, I gave her a second dozen for free. It’s necessary, after all. The governor has mandated that our business close to ‘flatten the curve’ when it comes to spreading coronavirus, and that means I won’t have any customers tomorrow. Even worse, I wonder how I’m going to keep SugarTime afloat. My business operates on a tiny margin, and who knows how long this shut-down will continue?

“Girl, you’re deep in thought, aren’t you? You’ve been polishing that same spot a hundred times,” my friend Alvina says, snapping me out of my reverie.

My concern goes far beyond just my bakery. Alvina is my only full-time employee but I have two part-timers too. They both rely on the money they earn here to provide for their kids. What will they do now?

“Alvina, what are you going to do without a job? I wish I could keep paying you but I don’t even know how I’m going to pay the bills here. I still have a power bill due in a week.”

“I’ll be fine. I can claim unemployment but as a business owner, I’m not sure that you can. I’m worried about you, girlfriend. I’m totally willing to help do carry-out to keep some money coming in.”

I let out a big breath, unable to keep my anxiety at bay.

“I don’t know, Alv. I crunched some numbers in my head while I was cleaning and it looks grim. People are scared, and they’re staying home, so even with carry-out we’ll only have a fraction of the business we normally do. The electricity it takes to run the equipment in here, not to mention the A/C bill during summer, is horrendous. Anything I make will go right to the power company.”

“Well, how about delivery?”

I shoot her a wry smile.

“We live in New York City. Neither one of us has a car, and you don’t even have a driver’s license.”

I hold up my hands palms out.

“I’m not criticizing you for not being able to drive, but SugarTime doing delivery is not an option.”

Alvina merely sighs, out of suggestions, and I speak again in a defeated voice.

“Over the past few months, we were doing great because of our restaurant customers. Luigi’s kept ordering our tiramisu, and Mocha Chanel, that trendy coffee shop, was increasing their cookie orders weekly. Things were going so well that I bought that new mixer with my savings and financed that blast chiller, hoping to meet the new demand. But now, all that demand has dried up. I don’t think Luigi’s is even open at all. Dammit. I was so irresponsible, when I’m usually so much more cautious.”

My friend pats my shoulder reassuringly.

“Don’t be so hard on yourself, Whit. I would hardly call it irresponsible. It’s more that you were really positive and optimistic for SugarTime, and why wouldn’t you be? The store was doing great. How could you know that the entire hospitality industry would get shut down because of a pandemic? But we need solutions. Do you think your parents could loan you some money? Just as a temporary bridge?”

I grimace a bit.

“No. They’ve already done so much to make my dream of owning a bakery come true, and I don’t want to ask for more. You know they paid for my tuition at Le Cordon Bleu and then they gave me the start-up cash to buy all the equipment to open here. My dad isn’t even back at work yet.”

“Yeah, don’t you remember when he fell off that ladder and hit his head? Donald gets migraines nearly every week because of it. The doctors said he gets so many migraines, that really, it should be categorized as a traumatic brain injury. They even encouraged him to apply for disability because they can’t say when he will be able to go back to work, it's that bad. Not that with the pandemic, it really matters.”

By now, every surface gleams. Stainless steel has been polished, fingerprints have been erased, and floors have been mopped. I have such a feeling of doom I want to cry. I lock the door and Alvina and I silently head for the subway. Suddenly, a voice breaks out in the darkness.

“Allie! We were just coming to get you.”

Alvina’s brother Steven and his friend Matt are striding towards us. They’ve clearly been drinking from the looks of their puffy, sweaty faces and slightly off-balance gaits.

“What are you coming to get me for?” my friend asks.

“Dude, all the bars have to shut down tomorrow. Dolly’s is running specials on draft beer. They are having a kick the keg contest trying to get rid of it all tonight. SCORE!”