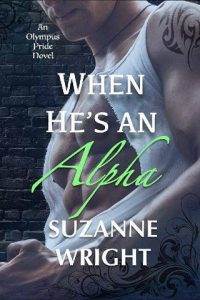 God, this was going to absolutely suck ass. In her opinion, the only thing shittier than breaking things off with a guy you cared for was knowing that said guy wouldn’t give a measly fuck. Which was why Havana Ramos really wished she lived in a world where ending a fling by text message wasn’t considered distasteful.

If Tate Devereaux wasn’t both her landlord and a male who she respected, she might have ignored her annoying morals and done this from the comfort of her sofa. Instead, she was currently walking along the street that led to the cozy little cul-de-sac where he lived. She would give him the courtesy of a face-to-face talk, and she would pretend not to be upset when all he did was shrug and tell her to enjoy the rest of her day.

This really shouldn’t be so hard. Casual relationships were supposed to be simple, fun, and easy to walk away from. But she’d found that they could be the messiest of all relationships. It was just far too easy for lines to get blurred and hearts to get bruised. There were just so many dos and don’ts that she found it hard to keep up. And the golden rule? Do not get attached.

Well, she broke the fucker, didn’t she?

Generally, she wasn’t afraid to break rules. It was sort of fun. But this particular rule was not made to be broken.

If she thought there was a chance the fling could evolve into something more, she’d stick around and see if anything came of it. But after earlier overhearing the words that Tate exchanged with his brother, she knew it was time to cut her losses and walk away.

Maybe it was better that Tate wouldn’t care. It meant she didn’t have to worry that he’d evict her out of spite. The apartment she shared with one of her closest friends wasn’t anything special, but it was pure gold for lone shifters like Havana. Living in a complex owned by the Alpha male of a strong pride gave her an element of protection.

It was only six months ago that Tate replaced his father as Alpha, but he’d already earned a reputation as a man who shouldn’t be fucked with. People rarely tangled with his kind anyway.

The full-blooded animals of his kind were referred to as Pallas’ cats, but shifters stuck with “pallas cats.” These feline shifters were moody, mercurial, and preloaded with an “I couldn’t give a rat’s ass” vibe. If someone pissed them off, they’d attack without hesitation and savagely tear into their prey with a demonic ferocity. Considering pallas cats were, pound for pound, one of the strongest breeds of shifter, they could do a whole lot of damage—despite not being much bigger than a housecat when in their weirdly cute animal form. In sum, they were crazy.

Havana’s kind weren’t exactly beings of pure light either. Devil shifters were bigger than the full-blooded animals of their kind, Tasmanian devils, and had long ago solidified their spot in the archives of terror with their notoriously bad tempers, blood-curdling shrieks, absolute fearlessness, and habit of feasting on the dead. In her opinion, they were simply too awesome not to exist.

Shifter society wasn’t terribly fond of Havana’s kind, so she’d known when she made inquiries about the vacant apartment that there was a chance she’d be turned away. But Tate hadn’t even commented on it. Then again, they’d both been a little caught up in their immediate sexual chemistry that had fairly crackled in the air. That day, he’d watched her closely as he gave her a tour of the apartment, a carnal promise in his eyes that made her skin prickle.

Snaring the attention of such a powerful Alpha had been something of a thrill. It was also a stroke to her ego, which had taken a pounding when she learned that her on-and-off-bed-buddy was now in a serious relationship. Dieter had flitted in and out of her world like a directionless butterfly for a year. She’d hoped there’d come a day when he’d be ready to commit. But when that day did come, Havana hadn’t been the woman he’d committed to.

When Tate made his move and was very clear that all he wanted was casual sex—no obligations, no romance, no expectations, no emotional investment—that had sounded good to her. Generally, she didn’t get involved with Alphas. She’d known too many who abused their power, bullied those they were supposed to protect, and sought to control people through fear … much like her old Alpha. Which was why she’d researched Tate before applying to rent the apartment.

She’d learned that he wasn’t one of those assholes who was drunk on power or who exercised control in a domineering way. He didn’t dish out orders while ruling from his metaphorical throne, lazily leaving his Beta to oversee matters. Tate was all up in the pride’s business—a constant, visible, active presence that wasn’t afraid to get his hands dirty and stood between his pride and the world like a shield. So her wariness of Alphas hadn’t held her back from accepting his offer.