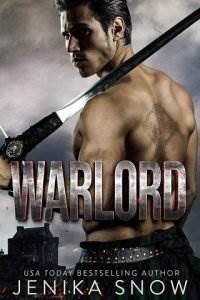 Liam Lyon stared at the field before him, at the bodies that littered the ground like death coming up from the earth. The scent of vileness, the thick, tangy scent of blood, filled the air. The red, viscose fluid covered his chest and kilt, a war stamp of victory.

This was what it was to fight for what was theirs. Lives were lost, brothers, fathers, grandfathers, and sons killed to protect what they held most dear.

Liam said goodbye to his wee wife and five-year-old son. And even though he would’ve liked to stay with them, cherish that he was alive, loved, complete, a man was not worth anything if he didn’t protect what was his.

The sky was dark and ominous, as if it knew the destruction and battle that had just taken place. The haze of red and orange from a setting sun looked almost as if the very blood that soaked into the ground rose up and painted it like a canvas.

He stared at the Briar McKnightly Mountains, the fires sporadically burning. The dragons, those fearsome beasts that lay waste to any unfortunate soul who came too close. The flames were a brilliant orange and red that glowed with renewed life because of the anger of those beasts.

Liam and his men were far too close to their lair as it was, but a battle took place where it needed to, dangerous or not. And as he stared at those mountains, he knew he was no different than the beasts perched atop them. They protected what was theirs, the same as Liam and his men did.

The sound of heavy hoof steps behind him had Liam turning, sword raised and ready to destroy any adversary. Dawson McCarrick’s great steed stopped a few paces from where Liam stood.

“This night is the last night in which ye will look upon the sky, Lyon,” Dawson said in a harsh growl before dismounting his horse. Dawson already had his sword in hand, and although bodies sprawled lifeless all around them, this was truly not over yet.

Liam tightened his grip on his sword and took a step toward Dawson. It was time to end this once and for all.

They charged forward at the same time, their swords clashing when they reached each other. Sweat fell from Liam’s brow and mixed with the blood and dirt on his face. With the light in the sky, a great and powerful shadow crossed overhead, and the massive roar of the dragon just above their heads shook the very ground they stood on. Liam grunted when Dawson charged forward once more and roared out when his enemy brought his sword down across his chest. The burning pain of Liam’s flesh opening up followed by the warmth and wetness of his blood sliding down his already battered flesh tried to take him down.

It would take more than that to extinguish Liam Lyon.

He renewed his efforts.

And then the last remaining opposing fighters charged forward. The grunts and shouts from the men engaged in battle filled Liam’s ears, and he lifted his sword higher. But before he could deliver the swing that would have Dawson’s head leaving his body, the searing pain of the blade in his back had his eyes widening and his knees giving out. He collapsed, his sword falling from his grasp, as he braced his hands on the blood-drenched earth.

And just as swiftly as the blade had entered his back, it was ripped away. A gasp of agony nearly spilled from Liam’s mouth, but he clenched his teeth. No man would see weakness from him.

He stared up at the sight of Dawson grinning. The man that stepped out from behind Liam and moved to stand beside Dawson was his son. Braigh was young and impressionable, brutish and lacking skill and intolerance in the battlefield. Braigh stood beside his father, his sword in his hand, Liam’s blood dripping from the tip.

“No honor,” Liam gritted out as he looked at the two men. “Yes, stabbing a man in the back…” he wheezed out, blood starting to fill his mouth. “Dishonorable.” But they paid him no heed.

“I told ye this would be the last night ye looked upon the sky,” Dawson said, his voice pleased, victorious.

Blood continued to fill Liam’s mouth before spilling down his chin to drip onto his chest. The fighting all around them seemed to cease, and the only thing Liam heard was the massive roar of the dragon descending farther away.

The battle was over, the Lyon Clan leader fallen and on the precipice of death. Liam had many things he wished he could do before his death: be there for his men, kiss his wee wife once more… and tell his son, Bronson, that he was a proud da. But he was out of time.