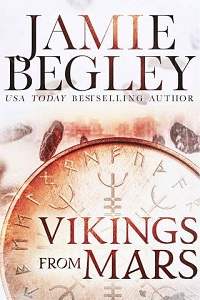 “What’s with the long face?” Raine spared a moment to ask the woman who took the booth next to her in the teller line, delaying asking the next customer to step forward.

Giving Brinn a sympathetic glance, Raine called out for the next customer. Then, as she keyed the customer’s information into her computer to cash a check, Raine noticed her bank manager talking to the security guard. Frowning, Raine had to force herself to concentrate on the computer monitor when she saw Dobbs rush away and head out the front door.

She had to wait until she had counted out the money and the customer had left before she turned toward Brinn, who was still trying to log in to her computer.

“I should have called in sick today,” Brinn said sulkily when another attempt failed.

“It must be the Internet. My computer was lagging on the last two transactions. I’ll call Lucas over.”

Raine pressed the button on her computer, which would notify the manager on duty that they needed assistance.

Looking over to where she could see Lucas through the glass wall of his office, she saw he was now talking to the head teller.

“What’s taking him so long?” Brinn complained as several customers came through the front door at once.

As she took another customer in the swelling line, Raine started to grow concerned when Olivia frantically rushed from Lucas’ office, heading toward the back room, only to come back a minute later with her purse, leaving without a word to any of the tellers who were trying to get her attention.

Raine finished the transaction she was working on and turned back to Brinn.

“What in the world is going on? Olivia just left.”

“I saw.” Brinn frowned, looking just as concerned as her.

That was when a commotion in the lobby had them both turning and staring as a huge crowd started fighting to get inside the bank.

“This isn’t good.” Brinn gave her concerned glance as she tried to log in once again.

“Go ask Lucas what’s going on,” Raine suggested, motioning a customer forward. All the other tellers looked just as disturbed as her, yet they continued to work, despite being afraid a riot would break out at any minute.

Raine saw Brinn barge into Lucas’ office, though he was on the phone.

“How can I help you today, Mrs. Johnson?” Raine asked the elderly woman whom she had grown familiar with during the year she had worked for the bank.

“I need to make a withdrawal.” Mrs. Johnson slid a withdrawal slip under the plexiglass shield with her gnarled hand.

Raine keyed in Mrs. Johnson’s information then asked, “Are you sure? That will leave you five dollars in your account.” The elderly woman had never withdrawn more than fifty dollars a week since she had known her.

Raine counted out the requested five hundred dollars as Brinn returned. From the pallor on her coworker’s face, Raine was afraid Lucas had fired Brinn for barging into his office.

The elderly woman gave her a strange look before hurrying away.

Before Raine could take another customer, Brinn touched her shoulder.

“Lucas wants to talk with you. He told me to work your station.”

No one ever worked at another station without logging off and counting and taking the drawer of money.

Seeing another teller had been called into Lucas’ office after Brinn had left and the huge crowd in the bank clamoring to get waited on, Raine didn’t argue. The tension in the bank was waiting for a spark to ignite whatever situation was occurring, and the only way she could find out what was going on was to go to Lucas’ office.

Stepping away from her station, Raine hurriedly walked to Lucas’ office, her heart starting to pound in her chest, when Tayla came out, looking just as pale as Brinn had.

“What’s going on?” Raine asked Lucas as she walked through the door.

“The news reported a nuclear bomb was launched toward Hawaii.”

Raine grabbed the back of chair, sitting in front of Lucas’ desk.

“If this is a joke, it isn’t funny,” Raine managed to get out.

No, the unflappable manager seemed just as calm and collected as he always did, and the serious gaze Lucas was giving had her heart racing faster.

“That’s why everyone wants to get cash?”

“Yes. Not only that, but there are more reports coming in that, when we launched one back, several more bombs were deployed for other parts of the United States.”

“Any coming here?” I asked shakily, aware that bad news was going to keep coming.

“I’m afraid it’s too late for prayers to be any use. I’m telling everyone who wants to leave to go. I don’t expect you to stay here.”