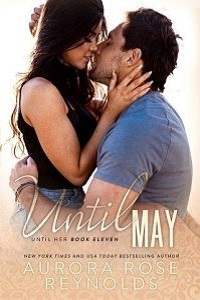 I SMILE WHEN my cell phone beeps, letting me know I have a message, and roll over in bed to grab it off my nightstand. Seeing it’s from Mike, saying, Good morning, beautiful, my stomach does a somersault.

A month ago, I decided I was ready to start dating, and as someone who is shy, I figured it might be easier to meet a guy online rather than out at a bar or grocery store. So I downloaded an app my best friend told me about, and that first night after setting up my profile, I got a message from Mike.

Not only is he seriously attractive, with dark, unruly hair, crystal-clear blue eyes, and a jaw that in every photo is covered with a layer of scruff, but he’s also super sweet. Since we’ve been talking, he’s messaged me each morning, then off and on throughout the day, and called when he’s had time to talk, which hasn’t been very often because he works a lot. The only downfall is he lives in Alabama, which isn’t exactly far from me, but it’s also not close, so we haven’t been able to meet in person.

But that should change this evening, since we’ve made plans to meet in Nashville for dinner—something I’m equal parts nervous and excited about. All I know is it will be good to reassure myself that he’s a real person, since as of right now he’s just a few photos and a voice over the phone.

Hearing my phone beep with another text, I come out of my thoughts and shake my head at the message from him asking me for a photo. Instead of snapping one of myself in bed, I send him one of my avatar with crazy bed hair, then set my cell phone back on the bedside table and sit up, tossing the comforter aside. The moment my feet hit the floor, I hear tiny paws on the dark wood floors that run through my entire house, and a second later, Cooper noses his way into my bedroom.

“Good morning, handsome.” I pick him up and accept good morning kisses from him while running my fingers through his short beige fur, laughing when he snorts in happiness.

When I moved into my house, my sister July, who is a veterinarian, asked me if I wouldn’t mind keeping Cooper while he recovered from surgery. He had been hit by a car and was brought into her office by the local pound, and they wanted him at 100 percent before they put him up for adoption. Of course I told her yes, but I also made it clear that it would only be temporary, because I have two cats, Blue and Bella, who do not love dogs.

Now, here we are months later, with Cooper one hundred percent healed… and all mine, which I’m sure was my sister’s plan to begin with. And even if Blue and Bella don’t exactly love him, they have accepted that he’s not going anywhere, so they tolerate his presence. After kissing the top of his head, I place him back on the ground, and head to the kitchen to start a pot of coffee.

A while ago, I decided the hustle and bustle of Nashville and its traffic wasn’t for me, so I moved in with my mom and dad and started applying for jobs at schools near where they live. Lucky for me, the librarian at a high school a couple of towns over from them was retiring, and even luckier, I found a house to purchase in a new subdivision just down the street from the school.

The only downfall was the house was only half complete so it took them some time to finish building, but it was worth the wait. Now for the last nine or so months, I’ve been settling in at my new job and in my new home which has been nice. Up until now, I’ve always lived with someone else, so I never had a chance to make a space besides my bedroom my own. But here, I’ve been able to surround myself with things I love, bright colors, all my books, art, and lots of photos.

With a stretch, I head down the hall that is covered on either side with pictures of friends and family between the doorway of my two guest rooms and one to a bathroom, then walk past the living room, which is across from the kitchen and dining area. Because I couldn’t afford a lot of upgrades for my house when I got it, I knew I would still need to do some work after I moved in. But with my dad and family working in construction, I was able to learn some stuff growing up, which means I was able to build floor-to-ceiling bookshelves in my living room around the fireplace all by myself.