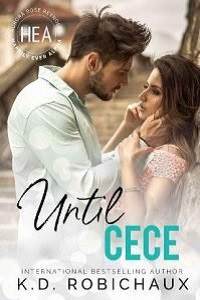 The words thrown at me so carelessly, so callously, almost accusatory in their tone, reverberate throughout my beautiful kitchen. Or maybe it’s all in my head. Because my magazine-worthy kitchen, with its gray wood flooring, glass-fronted white cabinets, and pristine white marble countertops, is full of homey accents, stocked with food, dishes, and appliances, and full of memories of love and laughter—at least up until a moment ago. We always saved our marital spats for the privacy of our bedroom where the girls wouldn’t hear. No, the kitchen isn’t hollow or cavernous, so the words my husband just shouted wouldn’t echo the way it continues to do inside my mind.

“I slept with another woman…”

“…slept with another woman…”

I swallow, frozen, unable to even drop my hand that’s midair holding a whisk, my other arm wrapped around a mixing bowl as I was in the middle of whipping up a batch of my three little girls’ favorite peanut butter chunk cookies.

I’m stuck. Unblinking. Did I hear him correctly? The look on his face—a mix of anger and resignation—tells me I did. But inside my head, as I try to actually process what he just told me, it’s the blue screen and spinning circle of death. I need someone to Control, Alt, Delete me. Am I a Mac? Please, Force Quit my programs and give me a restart. My entire system is malfunctioning and needs to be rebooted.

Hell, it doesn’t even feel like those simple measures would work on the devastation working its way through my consciousness. Looks like I’ll need a factory reset, because once this actually registers in my brain, I don’t think there will be any coming back from it. A bowl of uncooked rice is not going to make everything all better either.

I’m already crashing. Why am I making electronics references? I’m a stay-at-home mom, a Susie freaking homemaker. The only reason I know how to reset a computer is because of that time my laptop froze up while I was making a Pinterest post on the best solution to get gum out of carpet—a plastic bag of ice cubes, and once the gum is frozen, you can scrape it out, and then use soap and a drop of white vinegar.

I hear my name.

But it sounds so far away, as if it’s from a great distance. Or maybe muffled, like there’s something over the speaker’s mouth.

“Cece… are you listening to me?” comes the voice again, but I can’t answer. My mind is starting to catch up with Mike’s words, and it’s choosing to portray a slideshow of our entire marriage behind my eyes. They say your entire life flashes before your eyes right before you die. Is this what happens at the death of your marriage?

The moment we met—me, just days after graduating high school, and him about to graduate college. He was dreamy, seeming so much older and more worldly to my eighteen-year-old libido.

The moment he proposed—down on one knee at dinner in front of his parents.

Our beautiful wedding, paid for by his loaded family, since my dad is a piece of shit who left my sister Mia and me with nothing but a bunch of daddy and abandonment issues. And while my stepdad is truly the greatest man on the face of the planet, he couldn’t afford the extravagance the Willimsons required to keep up with their hoity-toity appearance.

Getting pregnant on our wedding night—with twins, no less. Now nine-year-old girls, they came into this world before we even reached our one-year wedding anniversary. And trust me, the rumors spread like wildfire, people thinking it was a shotgun wedding, as if we only got married because I was knocked up. But thankfully anyone who could do math and remembered we’d spent months planning the wedding would shut the other assholes down.