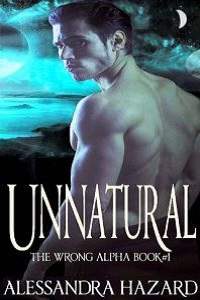 It was pouring heavily on the day Haydn Schaefer’s life was turned upside down.

Haydn was soaked by the time he returned to the palace, and he was thinking longingly of a hot shower when the butler intercepted him and informed him that the king wanted to see him.

“Where is he, Dylas?” Haydn said with a sigh, wincing at the puddle growing under his feet.

“In his study, Your Highness.”

Haydn looked down at his filthy boots and equally filthy military uniform. Leading his troops in vigorous physical training had made him as tired, cold, and dirty as the soldiers under his command, and he wasn’t exactly in the mood for his father’s shit. “I’ll see him after taking a shower. I stink.”

Dylas shook his head. “His Majesty said you must go to him immediately after your return.” His tone was apologetic but uncompromising. The old butler wasn’t going to budge. This must have been important.

He knocked once before entering.

He pushed the thought away. Such thoughts were pointless. And ridiculous. He was an alpha. Alphas had it easy, compared to betas and especially omegas. Well, Xeus alphas had it worse than either betas or omegas, but Haydn wasn’t one, so he had nothing to complain about.

“You wanted to see me, Father?” Haydn said, straightening himself to his full height, which may not have been as impressive as the king’s but certainly made him taller than most people.

Except it wasn’t most people he was usually compared to—and found lacking. Haydn couldn’t help but think that in his father’s eyes, he would always be the smaller, blonder version of his dead brother. The other son. Not quite as good as his first one.

Haydn did as he was told.

The king regarded him from across the desk. “I had a meeting with the Galactic Council representative this morning. You were aware of it, I presume?”

Haydn just nodded. It would have been difficult for him to be ignorant of it when the entire palace had been preparing for that visit for days.

Judging by the king’s scowl, the meeting hadn’t gone as well as he had hoped.

“The Galactic Council isn’t pleased with us,” Stefan said. “They don’t think our planet deserves to be part of the Union of Planets until our ‘barbaric civil war’ is over.”

“Civil war?” Haydn said, his brows drawing close. “There is no civil war in our kingdom.”

“Civil war on our planet,” the king said. “For the Galactic Council, Eila is one entity, and they don’t care that we’ve had two different countries with different governments for thousands of years. They want us to make peace with Kadar and choose one Lord Chancellor to represent our planet. They don’t want two.”

Haydn stared at him in amazement. “You can’t be seriously considering it.” Pelugia and the Republic of Kadar had been at war all his life; he literally couldn’t imagine them not being at war. Not that Haydn wouldn’t welcome an end to this war. Of course he would welcome it. He was tired of leading his men to their deaths, over and over and over. He had lost two thousand men just this past month. Two thousand and thirty-one.

So no, Haydn would be fucking delighted if the war finally ended. He just didn’t believe it was achievable. There were too many grievances on both sides.

Stefan grimaced. “We have little choice. If we don’t do as they say, the Galactic Council will revoke our membership in the Union of Planets, and we’ll lose access to the TNIT network, and most importantly, lose the protection we have as a member of the Union. We will be fair game for any filthy pirate coalition out there.”

Haydn leaned back in his chair, frowning. “The Galactic Council can’t do that, can they? It’s not like Eila is the only planet in the Union that doesn’t have a unified government. There are some very powerful Inner Core planets that have multiple kingdoms or republics: Vergx or Calluvia, for example.”

The king sighed. “We aren’t Vergx or Calluvia, Haydn. By galactic standards, we’re small fish. We don’t have those planets’ political and economic power that allows them to be exceptions to the rule. Besides, those planets still have some kind of unified government—and one Lord Chancellor. We can’t say the same about us. So the Council is giving us an ultimatum: make peace with Kadar and choose one Lord Chancellor within the next few months, or they’re kicking us out of the Union.”