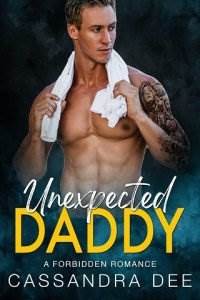 I down a shot of tequila and bang the bottom of the glass on the wooden table. I hiss at the burn as it slides down. Arnold, my coworker, does the same, but he doesn’t react to the burn. After all, at two hundred and seventy-five pounds, my buddy holds his liquor much better than I do. We always end a night of work with a shot of something though. Today he chose tequila, and next time, it’ll be my turn to pick.

Arnold lifts his hand for a high five, and I have to stand on my tip toes to meet it.

He shrugs. “It’s not my fault that you’re vertically challenged.”

I throw a bar rag at him, and he catches it easily. “Let’s start cleaning.”

He and I wipe down the dark wooden surfaces of the tables and chairs in record time. Then he sweeps the floor while I mop up behind him. All the while, I sing 80’s tunes like Take On Me and Cold as Ice, my voice dipping easily between the high and low notes.

I laugh when I turn to see Arnold dancing with the broom stick. He’s huge, but oddly graceful as he minces around the wooden beam. Fortunately, we finish within an hour, thus ending an ordinary evening at the Salty Lagoon. Hands stuffed into the pockets of our jackets, we make our way into the chilly night.

“Say hi to your wife for me,” I chirp as I get to my car, an orange VW Beetle that my parents bought me five years ago for my eighteenth birthday.

“Will do.” He waves at me from his truck and speeds off, taillights disappearing into the darkness.

By the time I get home, it’s super late and the sky is pitch black. I unlock the door to my tiny studio apartment and heave a big sigh. The apartments look like shit from the outside, but the inside is surprisingly modern. Fortunately, I make enough as a bartender and occasional waitress that I can afford my own space.

I hated having roommates in the past. I liked the girls, but sometimes they were just so sloppy! I still remember my last roomie, Crystal. That’s one woman who did not live up to her name. Nope, her dishes with filthy, instead of being crystal clean. She literally let plates and utensils molder in the sink until one day when I read her the riot act. It wasn’t pretty, but it had to be done.

So now, I really appreciate having my privacy. Plus I work hard for what I have. Maybe my apartment isn’t much, but at least it’s mine. And I prefer to live the way I want—I’m not a neat freak, but I can’t have cockroaches and mildew either.

Also, I love decorating, and only when you live alone can you give free rein to your ideas. My friends describe my style as “eclectic,” but I’d say it’s more “minimalist bohemian.” I have a rug that’s covered in a vaguely indigenous pattern of diamonds of various shapes. The color is mostly pink with accents of blue, black, and white. Meanwhile, my couch is a creamy, faintly aqua shade and it pulls out into a futon. In the corner, I have a few stackable wooden chairs that I got for a good price at Goodwill because I’m a decorator on a budget. My full-size bed is behind the couch, made up with my favorite: lavender-scented sheets and beige pillows. It’s so nice to fall asleep in my little nest!

What other furniture I have is also made of reclaimed wood, whenever possible. I like to re-use, recycle and upcycle whenever possible, and do what I can to contribute to the environmental movement. My walls are white, but I’ve decorated them with prints from local artists, most of them featuring abstract, colorful women, animals, or patterns.

But now it’s time to relax. I hang my keys on the hook next to the door and shrug off my jacket before dropping it on a coat hanger. It’s summer here in Prescott, Wyoming, but the nights still get pretty chilly. My heels click across the hardwood floors until I finally pull them off and drop them next to the shoe rack. Putting them on the shoe rack would be too much at this point because I’m just too tired. As if to prove my point, I stretch my arms over my head with a sigh, and the joints in my shoulders and elbows pop. It hurts, but feels good too.

I head to my small bathroom and dig my toes into the fluffy bathmat. Then, I peer the medicine cabinet, looking for my makeup remover wipes. Ah, perfect. I need more than three wipes to get rid of all of the color I used, but looking cute at my job is a requirement if you want good tips. When I’m finished, the cloths are streaked with black liner and red and gold eyeshadow, like the remnants from a hard night out. I might have overdone it today, but c’est la vie.