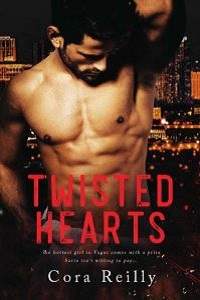 Some people don’t believe in love at first sight.

They say it’s only lust.

The first time I saw Savio Falcone, I fell for him, literally and figuratively, and not in lust either because I didn’t know what lust was. I fell in love with a boy I couldn’t have, not in a way my family would approve.

Stretched out on my belly on the sofa, the Jonas Brothers blared from my earbuds, gearing up for the chorus. Moving my legs in rhythm to the music, I sang the first line of the chorus at the top of my lungs. A shadow fell over my magazine. Annoyance burst through me. I hated it when Diego spied on me. My head shot up and a little scream shot out of me. A boy leaned over me, his elbows braced on the backrest of the sofa and a smirk on his face.

Trying to jerk upright, I tumbled right off the sofa and landed in an undignified heap on the floor.

The boy walked around and stood over me, the grin becoming wider.

His lips moved, but Nick Jonas was screaming into my ears. The boy bent down and tugged the buds out of my ears, dousing my surroundings in quiet.

I flushed, still unmoving and silent. I had a nice voice, but I hadn’t been trying to sing well. I had screamed the song, trying to let off steam. He wasn’t complimenting me. The mocking twinkle in his eyes made that very clear.

Despite his rudeness, I couldn’t deliver a sharp comeback. Because this boy was so beautiful it hurt looking at him. He was tall and muscled, with eyes the color of dark chocolate and perfectly styled, charcoal black hair. All sharp cheekbones, strong jaw, and arrogant smiles. Even his clothes looked out of this world. Black leather jacket, low cut dark blue jeans, tight white shirt showing off the outlines of a six-pack, and white sneakers. I’d only seen guys like him in the girls’ magazines I read in secret.

The same magazine he was picking up from the sofa and reading.

One of his eyebrows—and even that was perfect—rose. “If you want to find out in a few years, let me know.”

My lips fell open as a flock of butterflies fluttered wildly in my belly. I clenched involuntarily at the unfamiliar sensation. Diego sauntered over to us, looking from me on the floor to the boy and the magazine in his hands.

Diego’s olive eyes, the same color as mine, flashed with annoyance as he snatched the magazine from the boy. “Gemma, you aren’t supposed to read this shit! Nonna is going to wash your mouth with soap if she finds out.”

“She only threatens to wash my mouth with soap if I say bad words, not if I read them.”

“It’s worse. You’ll be grounded for weeks,” Diego muttered. He scanned the article I’d been reading, and his face turned red. Then he ripped the magazine apart. If Mom hadn’t confiscated my phone only a few days ago, I would have taken photos of the pages like I’d done in the past. “Did Antonia give this shit to you again?”

Of course, Toni had given it to me. She was allowed to read girls’ magazines. Her dad was cool. I jutted my chin out. I wasn’t a snitch. Noticing the boy’s eyes on me, I glanced toward him, feeling my cheeks throb with embarrassment.

“What’s the problem?” he asked curiously.

Diego looked embarrassed. Why was he acting strangely? With Mick, he was never that awkward. Who was this boy? “My sister isn’t supposed to read rags.”

“Nonna doesn’t want you to read them either.”

The boy frowned. “Why not?”

Diego actually blushed. Now I really wanted to know who the pretty boy was. “Because Gemma isn’t supposed to know about these things.”

“These things,” the boy repeated.

The boy burst out laughing. “Don’t tell me you don’t know about the birds and the bees?”

Despite his mocking, I wanted to smile. How could anyone be this pretty?

He looked me in the eye before he grinned at Diego. “Do I need to have the talk with you?”

Diego looked like he wanted the ground to swallow him. I rarely managed to embarrass him. This boy needed to teach me how he did it. “I know how it works, but my sister isn’t supposed to.”

“You aren’t supposed to either.”

Suddenly, Diego’s expression darkened. “We honor our traditions. You should too, even if you don’t believe in them.”

“Was that what you were doing when you were thrusting your tongue down Dakota’s throat? Honoring your traditions?”

“You kissed a girl?” I blurted.

Diego sent me a look demanding I shut up.

“Nonna wants us to wait until marriage!”