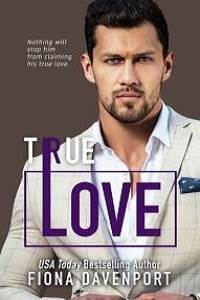 I slipped my sunglasses onto my nose to hide my brown eyes and ignored the skinny, bottle blonde trying to get my attention as she sauntered by in a barely-there bathing suit.

Her eyes scanned all six feet five inches of me—from the top of my short, dark brown hair peppered with silver to my angular jaw covered by a trimmed, extended goatee, my broad shoulders and muscular chest, narrow waist, and toned legs, ending at my feet before doing the same in reverse. Though I knew I was an attractive man, I just didn’t care what the woman thought about my appearance. Even when her inappropriate perusal of my body had lingered at my crotch, she didn’t get a glimpse of my very large size because my dick was flaccid. She didn’t inspire even a single twitch.

It had been a very long time since a woman even remotely interested me. But even if this one’s looks had appealed to me—which was most definitely not the case—she was at least ten years younger than me.

I’d spent my youth focused on turning my business into a multibillion-dollar company. Settling down hadn’t even been the last thing on my mind. Now that I was successful and about to turn thirty-nine, I wasn’t opposed to the idea, but it wasn’t exactly a priority either. Much to my mother’s disgruntlement. She never let an opportunity go by to hint at her desire for grandchildren. She was about as subtle as a sledgehammer.

With six siblings—all of whom were quite a bit younger than me—you’d think she would have moved on. Unfortunately, my only brother, Miguel, had barely turned twenty, so she had several more years before she would start harassing him instead. Or knowing my mother, in addition to me. I gauged this by the fact she was continually setting my sisters up on dates to find them husbands and still found the time to call me and remind me of my “duty to carry on the family name” as the eldest son.

My eyes scanned the resort as I made a mental pros and cons list. One of the most profitable parts of my business was real estate. The hotel I was currently staying at was the flagship for a chain that had twenty other locations. Typically, I wouldn’t be the one to investigate a potential purchase on-site, but it was located in the Domincan Republic. Cap Cana was not far from where my parents lived. They’d decided to return home after retiring, and I’d bought them a condo in the town where I’d spent my early childhood. Then I’d purchased a condo up the street so that I had my own place to stay whenever I visited.

I’d wrapped up a major deal a week ago, and it seemed like a good time for a break. Technically, it was a work trip, but since I was enjoying the use of the facility in order to make a decision, I decided it could double as a vacation. My assistant, Callum, had lectured me all the way out the door, arguing the opposite stance. He’d been with me since graduating college over a decade ago, which was the only reason the jackass could get away with shit like that. And the fact that no one could do his job better.

So far, my impression had been that the chain would be a good investment. I still had a couple of days left on my reservation, but with the decision made, I didn’t see a reason to stay any longer. After downing the rest of my beer, I left cash on the bar before vacating my stool and heading toward the path that led to the private section of the beach that belonged to a handful of bungalows.

When I reached my luxurious hut, the sun was just beginning to set, so I grabbed a cold beer from my kitchenette and padded barefoot out onto my back deck, which faced the ocean. I settled in a lounger and twisted off the cap of my bottle as I admired the colors painting the sky and water.

I had just taken a drink when my eyes landed on a sight infinitely more beautiful than the sunset. The bottle fell to the ground forgotten as I swallowed hard and shifted, suddenly uncomfortable in my seat.

A woman emerged from the waves, her body revealed little by little as she walked toward the shore. It was almost like a striptease, first baring an elegant neck and regal shoulders, then a mouthwatering set of tits practically spilling out of her silver bikini top. My gaze narrowed, irritated that someone else might see what was for my eyes only. But my attention was diverted as the water sluiced off a flat stomach, one I could easily picture big and round with a baby.