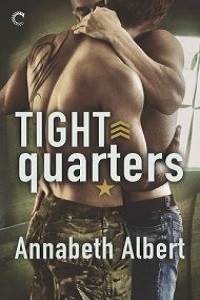 Bacon was hanging on to life by one index finger. Literally. One sore, overused finger was all that separated him and a plunge down the sheer cliff face. The desert sun had sweat rolling down his face, stinging his eyes.

“Come on, Bake. You’ve got this!” Curly called at him. He was already safely on the ridge, along with several other SEAL team members. This was the last step in a grueling training mission that had tried their stamina with a HALO jump followed by a long run over rough terrain and this final climb.

“Bacon. Haul ass.” The new XO, Lieutenant Buratta, had a permanently clipped voice. Generally seemed like a good guy, but not at all warm, and also not helping right now.

“You can do it!” Shiny’s relentlessly cheerful voice carried from his position below.

“Motherfucker.” He did what he had been trying to avoid and swung all his weight on the finger he’d dislocated on their last overseas mission. It hurt like he’d taken a hollow-point right to the hand, but he wasn’t going down like this. He was a good climber, better than Shiny and Curly that was for damn sure. He scrambled for the next handhold, senses tunneling to just him and the rock.

“Hurry up.” It wasn’t one of the guys’ voices he heard next, but a distant memory. For a moment he was fifteen, climbing the water tower, his friend Jamie just out of reach above him, urging him on. And he was nimble and free and fearless and loving the adrenaline rush. Blocking out the pain, blocking everything other than the love of heights and climbing, he scampered up the rock, Jamie’s voice ringing in his ears.

“That’s how you do it. Way to get it.” The XO slapped him on the back as he made it over the ridge, Shiny not far behind him. Trying to catch his breath, he stayed down on his knees.

“Hooyah.” Curly came over. “Knew you could make it. Way to bring the drama, though. You looked like my mom’s laundry out there, swinging back and forth.”

“Fuck you,” Bacon said with no real rancor toward his best friend.

“How’s the hand?” Bullets, their medic, pushed past Shiny to reach him.

Hurts like a bitch. He shook it out, which only made the pain worse. “Fine.”

“Liar. That finger isn’t healed all the way yet. You should let me splint it so it can rest.” Bullets examined his hand with a critical eye.

“We need that trigger finger ready to go when we ship out next.” Their LT joined the group around Bacon, voice as booming as ever, easily carrying over the distant roar of the chopper that would take them back to base. “Let him splint it.”

“Yes, sir.” Bacon knew better than to argue. The LT made no secret that Bacon was on his shit list lately, and any further protest was likely to end up with him in deeper shit. Bacon held out the hand for Bullets to do his thing with a finger splint and gauze and tape. Around them, men were getting ready for the ride back, packing up gear and joking with each other after another successful training mission.

“Actually...” The LT’s eyes narrowed as he considered Bacon. He hadn’t moved on and his continued attention unnerved Bacon. “I know how we’ll get you some rest for that hand.”

Oh fuck. Bacon already knew that he was not going to like this. “I’ll be fine. No rest needed.”

The LT waved his objection away. “I was waiting until our mission here was done to tell the team, but we’re being assigned a reporter. He’ll embed with us for the next few weeks.”

“Why the fuck would they do that to us?” Bacon winced as Bullets straightened his finger and couldn’t be bothered to watch his language around the LT. Bullets’s splint felt like he was wearing a soda can around his finger. Fuck. “Special Forces doesn’t get reporters.”

Embedded reporters weren’t that uncommon in regular army units, especially out in the field in the Middle East, and he’d heard of the occasional reporter out on a ship with the navy. But Special Forces were usually off-limits to the press, and with good reason. What they did was too dangerous, too top secret to have a tagalong.

“Naval Public Relations is eager to get some good press after that helicopter went down last year and that spate of negative articles about SEAL training methods. And this guy is apparently some big deal.” The LT shrugged. “I don’t make these decisions.”

“Yeah, but why us?” Bacon persisted as Bullets finished his torture. They were possibly the worst team to be assigned some outsider. New XO, two new team members, and disunity and distrust issues up the wazoo. They were not functioning like the well-oiled machine the navy expected, and lately, their bonds of brotherhood had been severely tested. Simply off the top of his head, Bacon could name three or four other top-notch teams that would be so much better suited to having some reporter come and hang over their shoulders.