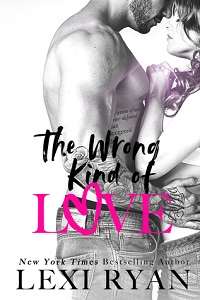 I’ve never been a runner—not marathons or 5Ks or those “fun runs” the kids at the preschool like to do. I don’t even have lofty goals of becoming a runner someday. Yet last night I dreamed of running longer, farther, and faster than I ever have before. Last night, I dreamed of running so hard my lungs burned. Today’s my wedding day.

A coincidence, I’m sure.

My future brother-in-law croons at the head of the aisle, his fingers dancing over the strings of his acoustic guitar, and my husband-to-be bobs his head to the beat. My groom, who’s maybe, most likely, not cheating on me. My groom, who wouldn’t do that to me. Probably.

I gulp in air, but it’s thick with humidity and too many people. The wedding coordinator set up this tent at the far end of my outdoor ceremony so no one would see me before my big moment. At the time, it seemed like a great idea. Right now, it feels like a torture chamber.

“Are you up for one last swap?” I ask my twin sister in a whisper.

Veronica’s eyes go wide. She looks gorgeous in the cranberry lace maid-of-honor gown, her long hair piled into a cascade of curls at the back of her head. “A swap? Are you serious?”

We spent the entirety of seventh grade pretending to be each other just to see if we could, and we pulled it off. Why not for my wedding ceremony? Why not for . . . forever?

Okay, now I’m being melodramatic. But it’s my wedding day, and I’m supposed to be memorizing every detail, savoring every moment. Instead, I’m obsessing over two sentences I heard Marcus whisper into his phone yesterday morning. I stopped by to surprise him with my famous bacon cinnamon rolls—because everything’s better with bacon. His kitchen window was open, so I could see him holding his phone to his ear and could almost hear him. “Just one more time, baby. Please? I can’t stop thinking about you.”

All questions you should have asked before you were ready to walk down the aisle, you big coward.

“You shouldn’t joke about that,” my twin says, disapproval twisting her lips. “You’re really lucky to marry Marcus. He’s . . . amazing.”

“I know that.” I force a smile. Because I do know that. Assuming he’s not screwing around on me. But I’ve spent the last twenty-four hours listening to women tell me how lucky I am to marry this man, as if I won the lottery or something. Are people telling him how lucky he is to marry me? Probably not. They’re probably warning him away. “This is your last chance to run, Marcus. You can do better than some foster kid nobody wanted.”

I suppose from the outside looking in, Marcus is brave for marrying me, and I’m lucky to marry him. Unless he’s a backstabbing, no-good, lying, cheating asshole.

“I didn’t mean I wanted you to marry him,” I tell Veronica, and my voice is doing that nasal thing that happens when I get defensive. “Just that I don’t want everyone staring at me.”

Veronica presses her lips together in a thin line. I wish we had that twin telepathy everyone always talks about in books and movies. I want to know what she’s thinking. I wish we were close like we used to be so I could tell her about what I heard—or thought I heard—and get her feedback. I guess I could have run it by a friend, but there are the friends you laugh with and then there are the friends you cry with. I’ve always struggled to open up enough to make the second kind.

It’s stuffy and crowded in here. Maybe there isn’t enough oxygen for all of us. I have seven bridesmaids—Veronica and all of Marcus’s female cousins, ages thirteen to twenty-eight—because every respectable Southern girl knows the bigger your bridal party, the happier the marriage.

I stick my hand between the flaps of the tent I’ve been peeking through and gulp in the fresh air.

Marcus’s mother, Martha, tugs my arm, pulling me away from the fresh air and my view of my maybe-cheating groom. “Someone’s going to see you!”

“It’s just so hot in here.” The lace on my wedding gown is itchy, and it feels like there are four thousand people sitting out there—though I know it’s only one hundred and ten. Martha was really embarrassed about that. “When my niece Kristen got married, she had one hundred and ninety people. Now I’m going to have to listen to my sister gloat.”