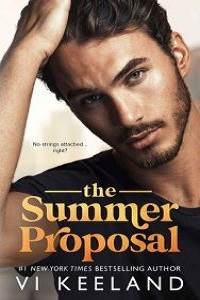 “What can I get you?” The bartender set a napkin down in front of me.

“Ummm... I’m meeting someone, so maybe I should wait.”

He rapped his knuckles against the bar. “Good enough. I’ll keep my eye out and stop back over when I see someone join you.”

But as he started to walk away, I reconsidered. “Actually!” I raised my hand like I was in school.

He turned around with a smile and arched a brow. “Change your mind?”

I nodded. “I’m about to meet a blind date, so I wanted to be polite, but I think I could use something to take the edge off.”

“Probably a good idea. What are you drinking?”

“A pinot grigio would be great. Thank you.”

He came back a few minutes later with a hefty pour and leaned his elbow on the bar. “So, blind date, huh?”

I sipped my wine and let out a sigh as I nodded. “I let my mom’s seventy-four-year-old friend Frannie set me up with her grandnephew to make my mom happy. She described him as ‘a smidge ordinary, but nice’. We’re supposed to meet here at five thirty. I’m a few minutes early.”

“First time letting someone fix you up?”

“Second, actually. The first was seven years ago. It took me this long to recover from it, if that tells you anything.”

The bartender laughed. “That bad?”

“I was told he was a comedian. So I figured, how terrible could it be going out with someone who makes people laugh for a living? The guy showed up with a puppet. Apparently his comedy act was as a ventriloquist. He refused to speak to me directly—wanted me to talk only to his dummy. Who, by the way, was named Dirty Dave, and every other comment out of its mouth was obscene. Oh, and my date’s mouth moved the entire time, so he wasn’t even a very good ventriloquist.”

“Damn.” The bartender chuckled. “Not sure I’d give another blind date a chance after that, even after a few years.”

I sighed. “I’m sort of regretting it already.”

“Well, if anyone comes in with a puppet, I got you covered.” He gestured toward a hallway behind him. “I know where all the emergency exits are, and I can sneak you out.”

A couple sat down on the other end of the bar, so the bartender went to help them while I continued to stare at the entrance. I’d purposely taken a seat in the back corner so I could watch the front door, hoping to get a look at my date before he saw me. Not that I planned to ditch if he wasn’t handsome, but I didn’t want him to read disappointment on my face if I felt any. I’d always been terrible at masking my feelings.

A few minutes later, the restaurant’s door opened and a drop-dead gorgeous guy walked in. He looked like he belonged on a men’s cologne ad, probably emerging from crystal blue Caribbean water. I got excited, until I realized he couldn’t be my date.

Frannie had described Adam as a computer nerd. And pretty much any question I’d asked her about him, she’d answered, “About average.”

How tall is he? About average.

Is he handsome? About average.

This guy was tall, with broad shoulders, big, blue bedroom eyes, a chiseled jawline, dark hair that was sort of messy, but totally worked for him, and even though he was wearing a simple dress shirt and slacks, I could tell he was buff underneath. Frannie would have to be crazy to think anything about him was average.

Well, she was a little…different. Last time I went to Florida to see Mom, we went to lunch with Frannie, and she’d glowed orange from an excessive amount of self-tanner she’d bought on the Home Shopping Network. She also spent all afternoon telling us about her recent road trip to New Mexico to attend a UFO convention in Roswell.

But even with that factored in, this guy didn’t look like a computer nerd. Nevertheless, his eyes scanned the room, and when they met mine, he smiled.

Oh, Lord. My heart did a little pitter-patter.

Could I be this lucky?

Apparently it was possible. Because the guy headed right toward me. I probably should’ve played it cool and looked away, but it was impossible not to stare.

I thought that was a bit of an odd response, but his smile widened, and those cavernous dimples seemed to turn my brain to mush.

“Nice to meet you, Georgia.”

He extended his hand, and when I placed mine in it, mine felt really…small.

“I have to say, you are definitely not what I was expecting. Frannie didn’t describe you very accurately.”

Was he joking? “She may have described you as a nerd.”