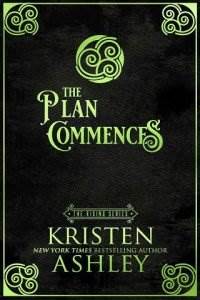 “We should give her another sleeping draught,” Queen Elpis said fretfully. “The last is clearly not working.”

True did not even attempt to hide the censure in his gaze when he looked from the weeping beauty that was in his arms to the Queen of Firenze standing at the side of the foot of Farah’s bed.

Elpis was as far from them as she could get at the same time staying close.

Her wont these past days when it came to Farah and her now-dead mother, Sofia.

Elpis’s eyes were swollen and bloodshot from her own tears.

Elpis flinched when she caught his gaze.

“You may leave,” True rumbled.

“You. May. Leave,” True said lower and slower.

Her head jerked before she lifted her chin and stated, “This is my palace. She is my subject. I am queen and I—”

“For thirteen more hours,” he interrupted her to note. “Then my cousin will be the Queen of Firenze and you will be naught but Relict Queen.”

She gasped in affront.

True did not give a gods-damn.

“You leave, or my men will remove you,” True warned.

“Leave, Your Grace, or my men will remove you,” True repeated, and Florian made a move toward the queen.

“They have no authority here,” she snapped.

“I am their prince, which means I will be their king and Farah will be their queen. Ask your son what authority that gives me,” True retorted.

He immediately noted she took his meaning.

Then again, after the attack on the palace that occurred not two hours before had been quashed, Mars—her son, her king—had not allowed Silence, his intended, to climb down from his back where he held her as he battled their assailants.

It was safe, and still Mars kept Silence as close to him as he could without absorbing her, something he could not do, or he would have done that instead.

Her face softened, and her gaze moved to Farah, who was in his arms, silently crying, her head turned toward True’s body, even if she was not holding him in return. Something that alarmed him and something he wished to address with his betrothed.

It was just that he’d do that when the bloody queen left.

“I am glad she has you,” Elpis whispered.

“It would have been good if she’d had you,” True retorted. “If they’d both had you.”

But Farah tightened in his arms.

This was upsetting his intended.

Therefore, this had to end.

“Go,” he ordered the queen.

Elpis seemed to crumble before his eyes and True wished he didn’t care about that either.

But he understood regret.

The woman could not know her friend would take hundreds of bites from poisonous emerald oil asps and die in her bed under a pile of them before they could find their way back to a friendship that had been torn apart by treason and murder.

However, now he didn’t have time for Queen Elpis.

He needed to see to his future queen.

Fortunately, Elpis knew the only one who could look after Farah was in her bed holding her.

Thus, she gave up the fight and moved slowly from the chamber.

The door latched shut behind her.

“Leave us,” True ordered Florian, Bram and Alfie, the members of his guard who were in the room. The others, Luther and Wallace, were guarding it elsewhere. One, Luther, in the hall. The other, Wallace, outside, under the window.

Alfie looked to Farah then to True.

The asps that had killed Sofia had been very real.

They had also been transported to her bedchamber through magic.

A bedchamber that had been Farah’s before her mother and she had switched in order to place Sofia farther away from Elpis’s room.

True knew all this.

As did Alfie and his other lieutenants.

But he could have fifty swords in that room.

They wouldn’t be able to fight magic.

“I’ll want you in here, guarding her after I leave. But now, we need privacy,” True told his friend.

Alfie hesitated before he nodded then he jerked his head to Florian and Bram and they walked out of the room.

The instant the latch clicked, True turned his attention to Farah, pulling her deeper into his arms.

Hers remained resting limp at her sides, her body lax, her tears silent, but still tracking down her face.

“Sweets,” he murmured. “Do you wish another sleeping draught?”

He offered it, for her sake, but he didn’t like the idea. They’d already given her a strong one.

“I need to rise, dress,” she told him, her voice dull and remote.

Pain, he could understand.

Withdrawal was an additional concern.

“That’s the last thing you need, Farah. You need to rest. Sleep,” he refuted.

“I need to be in attendance at the procession.”

“The wedding won’t be for hours, love,” True murmured. “Regardless, it would be understood if you didn’t attend. And Mars might postpone it altogether after—”