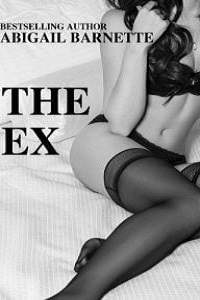 There’s a weird thing that happens when your life suddenly clicks into place. You stop worrying about the should-have-beens and start spending more time thinking about the could-bes.

I got a little thrill every time I walked into the Mode office. I still couldn’t believe that I, Sophie Scaife, self-pronounced “eternal fuckup” just a year before, had founded a successful—albeit teensy—magazine that actually seemed to be gaining momentum with readers.

Our office was the top floor of a six-story converted textile factory in Brooklyn. Since I was way out in Sagaponack, anyway, my business partner Deja and I had agreed on a location as close as possible to her and her wife—and my forever bestie—Holli’s new loft. It was a two-hour drive for me, but I usually took a chartered helicopter or slept in the backseat of the Maybach to get there. The rent was pricey, but it was worth the cost to look professional. As my fiancé said, looking successful is thirty percent of actually being successful. And he’s a billionaire, so I figured we should listen to him.

“Ready for the weekend, Ms. Scaife?” Penny, my bubbly blond assistant, asked when I stepped out of my office. Penny had come to New York straight from Pennsylvania after graduating from college there. We’d been her first job interview, and Deja and I had felt instantly protective of her. We’d snatched her up under our wings and practically hissed at anyone we perceived as a threat. Being a small-town girl myself, I felt a spiritual obligation to create a real-life New Yorker out of her.

“You have no idea.” I let her get my coat and purse as I squinted at the split ends of my long, dark hair. I was so happy it was February, and hat-wearing weather was halfway over. The static was killing me.

“Leaving early?” Deja asked, and I met her smiling eyes in the reflection of the gilded mirror on the exposed brick wall behind Penny’s desk.

“Gosh, I hope I’m not fired.” I stuck my tongue out at her. “Yeah. I haven’t been home in, like, two days. Are you cool with that? Did the proofs come back for the summer wedding shoot?”

After two big weddings—one of them Holli and Deja’s—had served as bookends for the previous summer, I had seen a definite need for a “what to wear to which wedding” type of story. Maybe it was because I had been thrown into the deep end with my sorta step-daughter’s lavish New York fairy-tale dream wedding. Despite my background in fashion journalism, I sometimes struggled to remember anything but the most basic fashion etiquette for special events.

“They did,” Deja confirmed with a little grimace. “I hate them. I’m going to meet with Dan at five. You want in on that meeting? We can Skype you.”

I checked the time on my phone. “I’ll still be in the car at five. But, yeah, try and get me in.”

Just as Penny handed me my coat—a blue-gray, mid-thigh pea coat with two rows of military-style buttons down the front—I got a rush of giddy excitement. I had a job again. I had my best friends back. I was living my dream. But, most importantly, the week was over, and I was going home.

My driver, Tony, waited downstairs with the car. I let him open the back passenger-side door for me, and I slid in. In the past, I’d objected to that part of his job, but now I’d come to realize it wasn’t antiquated chivalry as much as means for a driver to make sure his passenger was actually in the vehicle. The partition between the front and back seats was rolled up, so Tony used the intercom to ask, “Straight home, ma’am, or are we making stops?”

I tried to remember if I’d forgotten anything at our Manhattan apartment. I pressed the button and answered, “Straight home. I might be comatose when we get there, but straight home.”

True to my word, I passed right out almost the very moment the car pulled away from the curb. I wasn’t surprised that running a magazine was hard work—I’d been first assistant to the most demanding woman in fashion, at one time—but the toll it took did surprise me. Just two short years ago, I’d been capable of pulling all-nighters and working through the next day. Now, if I didn’t get at least six hours of sleep a night, I couldn’t function. After suggesting it might have something to do with my steady creep toward thirty, Neil had wisely recanted and agreed that it was caused by stress.

I woke when we stopped outside the gate at the end of our driveway, and stared up at the scraggly branches of the jack pines towering over the car in the twilight. I sat up and rummaged through my purse for a piece of gum. I hadn’t seen my fiancé in two days. There was no way I was going inside to kiss him with sleep mouth.