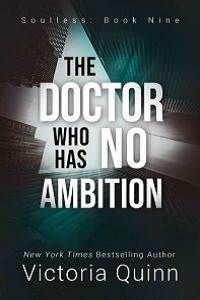 Before a procedure, I always met with the family. We talked about our options, our expectations, and I spent my time assuring the patient of a couple of things. One, that I was the best heart surgeon in the country, not to mention the world, and they were in good hands—literally. Two, without the procedure, they would die anyway.

I cared about my patients more than I should. That was my weakness, and I tried to be more pragmatic about my feelings. Instead of being a nameless and faceless person on the table, they were someone I cared about…like family. But it created anxiety and fear, put me in an emotional state when I needed to be resilient, so I tried not to care so much.

But this time was different.

Because the person I loved most in this world had everything to lose.

Catherine sat across from me at the table in the hospital cafeteria, wearing a red flannel shirt with black jeans and boots, her brown hair messy because she kept touching it anxiously. Her chin rested against her closed knuckles, her diamond ring glittering under the fluorescent lights, and a thin film of moisture would come and go in her eyes. “Dex, I’m scared…” She lifted her chin and looked at me, not her usually composed self. She wasn’t the strong woman I’d fallen in love with, but seeing her like this made me love her more. “This is my dad…”

My plate of food hadn’t been touched, and I sat in my blue scrubs, my pager on my hip, the sound of quiet conversations around me from the nurses and doctors on their breaks. My voice came out as a whisper, trying to console her as much as possible. “I know.”

“I can’t picture my life without him, you know?”

Oh, I knew all too well. My dad wasn’t just my father, but my friend. We were both physicians, so we had a lot in common, and I had no idea how he stayed so attached to every single patient when he’d lost so many in his career. How did he have the heart to care again and again? “Baby, I know you’re scared. I’d be scared too if this was my father. But just remember that I’m the best of the best, and I will do everything I possibly can to return your father to you in a better condition than when I got him.” My colleagues recommended another surgeon take the case because operating on someone you were so personally acquainted with was a bad idea. But there was literally no one better than me, and his best chance for surviving this complicated surgery was with me.

“I know.” She dropped her gaze. “I keep telling myself that.”

I stared at her face and found her presence comforting. She was my whole world, everything I would ever need for the rest of my life. It was my job to comfort her right now, but she comforted me without even realizing it.

“Promise me.” She looked at me again, pleading with her eyes.

I held her gaze.

“Promise me. I won’t be able to sleep tonight if you don’t.”

I never guaranteed anything. “I promise I will do the best I possibly can.”

“Dex.” Her eyes started to water. “Promise me that you’ll give me back my father.”

I inhaled a deep breath as I stared at her, feeling the weight on my shoulders, feeling his life in my closed hands as they rested on my thighs under the table. I would give this woman anything, even a promise I couldn’t keep. “I promise…”

The night before the procedure was simple. Catherine made dinner in the kitchen, we watched TV on the couch, and since I had to sleep well, we agreed I would sleep in our bedroom alone while she took a guest room in our penthouse. I never took drugs for anything, but I decided to take some Benadryl before bed to make sure I would get plenty of sleep that night.

Catherine and I barely spoke to each other. We were both stressed.

She was stressed she would lose her father.

I was stressed that I would kill my father-in-law.

A knock sounded on the door.

I left the living room and walked to the front door, already knowing who was on the other side before I even got there. I didn’t bother checking the peephole before I opened the door and saw my father standing there, in a black jacket, jeans, and boots. His lips didn’t rise with a smile when he looked at me, his eyes didn’t shine with inner warmth. Of all the people in this world, he understood the stress that consumed me.

I stared at him, our eyes level because we were the same height.

Dad nodded toward the hallway. “Let’s take a walk.”

I grabbed my jacket and didn’t say goodbye to my wife before I joined my father in the hallway, down the elevator, and outside in the cold, crisp air of fall. The pavement was wet from the rain that had come earlier that afternoon. Windshields still had drops of water on them. The cold air was nice on my lungs, cleansing them of the stress, anxiety, and everything else.