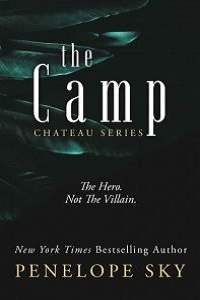 There was nothing left.

The cabins had turned to ash.

The coke on the tables had burned too.

A camp that had stood for a decade was now a graveyard. Some of the guards lived. Some had died. Most of the women got away, except a few we retrieved. The guards rode down the path lit by torches and rounded up the ones who’d fled. If they resisted, they were shot.

I sat on a wooden bench that had survived and looked at what was left of the camp.

And that wasn’t much.

The night had passed, and now it was morning. The sun shone down, highlighting the damage.

The damage she caused.

My hands still shook in anger. My veins popped out of my arms. My entire face hurt because the muscles were so fucking tight. There were seldom times in my life when I got this angry.

I wanted to kill her.

I stared at where she lay in the snow…and almost did it.

I was too angry to kill her. Was that possible?

The guards had ostracized me because they recognized her running through the camp with her sister. They didn’t know I’d helped her escape, but they knew I’d helped her in the past, so they spat on me as they passed.

Horses were audible as they approached, galloping through the patches of snow and the hard earth. There were several, an entire entourage.

I kept my hands on the ground, not in cowardice but indifference.

The horses neighed as they came to a stop.

His boots thudded against the ground as he got off his horse. Then the footsteps came toward me, thudding louder and louder as they came near. Then they stopped.

I looked up to see my brother standing over me.

He wore the exact same expression as I did when I looked at Raven.

One of the guards found a chair from somewhere and placed it behind him so he could take a seat if he wanted.

I didn’t rise to my feet or speak a word. I had no defense for the events that had transpired last night. If he decided to kill me, I would accept that decision. After all, this was entirely my fault.

After minutes of angry silence, he lowered himself into the chair. “Leave us.”

The guards all stepped away to give us privacy. There was nowhere for them to go since not a single building had survived. They just walked farther into the clearing full of snow and ash.

He stared at me, wearing his bomber jacket, jeans, and thick boots. His hair had been shaved, so he was bald with a shadow on his head that matched the one on his jawline. With wide nostrils and lips that quivered with rage, he looked at me with more than anger.

When he spoke, his voice was surprisingly quiet. “Everything I built is ash—because of you.”

I held his gaze.

“Because you helped her.”

I gave a slight nod but didn’t apologize.

“You didn’t just humiliate yourself. You humiliated me.”

I had done everything for that woman—and she’d stabbed me in the back. The one time I dropped my guard, the one time I had empathy, the one time I felt human…blew up in my fucking face. Both of my hands tightened into fists because I was so fucking mad. I started to breathe harder, the headache returning because the vein in my forehead stuck out so far.

I’d betrayed my brother, the only family I had left in the world, for a woman who’d gutted me like a fish. My softness had callused into stone. My kindness had turned into blood lust. If I ever saw her again, I wouldn’t be able to resist putting a knife to her throat and watching her choke on her own blood.

“You will pay me for everything I’ve lost.”

I relaxed my fists because my knuckles had started to ache.

“You will rebuild this place with your bare hands—and your own money.”

I had already assumed.

“You will work day and night to get this done as quickly as possible so we can resume normal productivity.”

“This place will be better than it was before.”

I stared at my brother’s face, seeing the disgust in his eyes.

“I will bring that cunt back here to work. She will pay for what she’s done with her body, her blood, and her spirit.”

She deserved worse for what she’d done to me. “Kill her.”

He shook his head slowly. “She doesn’t fear death. She fears this place. That’s why she burned it to the ground—because it’s in her nightmares. Her punishment will be to live this nightmare forevermore.”

Just the thought of seeing her again made my stomach flood with acid. All she’d had to do was live. But she chose to throw it all away. She chose to betray the one person who kept her alive all that time.