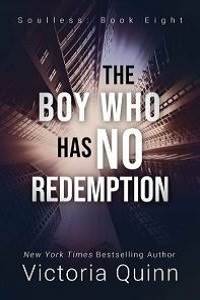 I sat at the dining table.

I sat in silence.

I couldn’t hear the city through the double-paned glass.

I couldn’t hear the wind as it swept between the high-rises.

I couldn’t even hear my own breathing.

I wanted to go to sleep and just forget this night, forget my mistakes, feel nothing at all, and not care about a damn thing. But I couldn’t do that. I texted Ryan. I’m sorry about what happened. I understand if you don’t want me there tomorrow. I didn’t want to go anyway. I dreaded showing my face when people still remembered my wedding, and now I dreaded it for a whole new reason. Kevin would have a black eye and a swollen face, and the pictures would commemorate that night forever.

You’re my best friend. Of course I want you there.

I gave a loud and frustrated sigh, wishing I’d been excused from the commitment. I wanted to throw my phone against the wall and break it.

Kevin woke up a few minutes later, so he’s fine.

I didn’t care if he was fine or not. I’m not sorry I hit Kevin, but I’m sorry I behaved that way at your rehearsal dinner.

We asked both of them not to talk to you, but they did it anyway. It’s not your fault.

Why were they both obsessed with talking to me? My hostility wasn’t clear?

I wasn’t the one just knocked out cold, so I’m fine.

You know what I mean.

Was I okay? I felt like I was in a constant state of dread, constantly overwhelmed, constantly feeling like shit. My life had fallen apart right in front of my eyes, and now I had nothing left. I didn’t believe in anything anymore. I shouldn’t have believed in anything in the first place. But I gave the diplomatic answer. Yeah…I’m okay.

I drove myself to the wedding. I was in my slacks and vest, driving my Bugatti down the quiet highway since there wasn’t a lot of traffic to the Hamptons at this time of year. It was a sunny day. Freezing, but bright.

The passenger seat beside me was empty.

Emerson didn’t text me, and I was relieved.

I wouldn’t change my mind.

I located the house and parked far down the street; that way, the guests could park closer when they arrived for the wedding. It was a small ceremony, only fifty people in attendance. I wasn’t sure why we’d even needed a rehearsal when the wedding was so casual. If we hadn’t, none of that shit would have happened last night.

I walked to the house and let myself inside.

The place was empty because everyone was in the backyard. The wooden chairs were set up and faced a wooden arch with white flowers hanging down. The wedding was earlier in the day, at three, so they could get some warmth from the sunshine. It hadn’t snowed in over a week, so that was also a benefit to them.

Ryan and the guys were finishing up the last-minute decorations, doing it themselves to save money.

Kevin was there, with half of his face so swollen he almost didn’t look like himself.

I didn’t feel bad about it.

Some of the bridesmaids were helping out too, in green dresses with their hair pulled back. Tabitha was there, wearing a slight frown as she focused on a vase of flowers. Every time I looked at her, I hated her more than I did before.

I went back into the house and followed the trail of voices until I found Camille in the guest bedroom, standing in front of a mirror in her dress, looking as beautiful as Ryan promised she would.

Her mother and sister were in there, and they both looked at me like they’d heard all the details from the night before.

Camille turned around to look at me, and instead of looking angry with me, she gave me a slight expression of pity. “Can we have a minute?”

I stepped out of the way so her family could file out.

I shut the door behind me and walked up to her, looking her up and down. “You look…beautiful.”

She smiled. “Thank you, Derek.”

“But Ryan already told me you would look beautiful, so I’m not surprised.”

She rolled her eyes. “I could wear a burlap sack, and he would say that.”

“And he would mean it.” Camille and Ryan were the only constants in my life, the only people who stayed the same while everything else changed. I didn’t believe that love was a real thing, that people could be committed and honest with each other, but if anyone could actually do it…it was the two of them. Maybe other people could too, like my parents, but that just wasn’t in the cards for me. “I’m sorry about last night—”

“Don’t worry about it, Derek. I told Tabitha to leave you alone, and she just decided to ignore that request.”

“I don’t know why they won’t let me be. My feelings are pretty clear.”