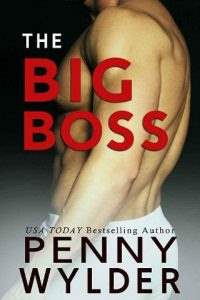 This has been a shitty day.

I know that there are people who are definitely having a worse day than I am, but the black cloud hovering over my head shows no sign of clearing.

Of course the day I decide to do this favor is the day that I get caught in a freak rainstorm without an umbrella. My clothes are soaked and the air conditioning in this building is in overdrive thanks to the summer heat.

My shirt is way too thin for this, and my bra is completely visible. But in my defense, there was nothing in the weather forecast that called for rain today. Which is rare for Portland, and I was looking forward to enjoying it.

Next on the list of things that have darkened my mood, I was ogled in the elevator of this swanky office building by a tech bro in a suit who was yelling so loudly into his cellphone that his voice was echoing in the small space.

He looked like he’d never done a day’s work in his life, and the way his gaze travelled over me made me colder than the air conditioning. Asshole. Just because you’re wearing a Rolex doesn’t give you the right to look at me like I’m on display for your benefit.

And finally, now I’m standing in front of a set of double doors to a ridiculously ostentatious office because the secretary for Lila’s client wouldn’t take the damn flowers from me and told me to deliver them myself—all while looking at me like I’m a total street rat.

Even though I’m sure I do look like one. That much I’ll give her. But seriously. They’re flowers. Is it really that hard to get up and walk the extra fifty feet? I already brought them all the way here.

Taking a deep breath, I force myself to calm down. I’m doing this for Lila. It’s not her fault that she got sick, and it’s not her fault that this guy—Keenan Silverman—is one of her biggest clients. In fact, he’s basically the reason her store is still afloat at all. And he’s exacting. To a T. He’s the kind of guy that wouldn’t have any qualms about taking his business elsewhere if a delivery was delayed or missed—even if the proprietor was sick.

I would do anything for my friends. Especially Lila. Even brave the evils of corporate America to deliver weekly flowers to this snob of a businessman. And I loathe snobs. I really do. I prefer men who work for a living with their own hands and don’t have a problem getting a little dirty.

Knocking on the door, I hear a muffled word to come in, and I’m faced with a man that is going to make me eat all my words. When Lila talked about Keenan Silverman, she described him as a Type A nightmare who wants everything done to perfection. He’s a ruthless businessman at the top of his game. I didn’t expect him to be barely over thirty years old.

The man in front of me could change the way I think about suits. Even sitting behind the massive desk with the phone to his ear, you can see that his suit is tailored for his body, and it’s one hell of hell of a body. Everything about him drips wealth. His shoes alone probably cost more than my college degree. The one I’m still paying off one small payment at a time.

And if that isn’t enough, he’s gorgeous. Seriously fucking hot like he stepped off of some beach in Greece. Perfectly and lightly tanned even though we live in the Pacific Northwest, a jaw that could book him magazine ads with no trouble, and dark blue eyes that are mesmerizing even from across the room.

I realize that I’m standing half-way in the door, and he raises an eyebrow with a little smirk and gestures me into the room. There was a moment there when I opened the door that I was seriously regretting being a rain-soaked mess, but that smirk undoes all of that. Just because he’s hot doesn’t mean he isn’t everything that Lila said he is. It’s just in a beautiful package.

Fuck. Why are all the awful ones always gorgeous? I straighten my shoulders and march over to the desk and place the flowers down as he speaks into the phone. There. Job done. Lila will be happy. Her business is safe, and now I need to get myself some kind of endorphins. A cookie will do.

I turn to go and I hear the phone land in the cradle. “Where are you going?”

I freeze, realizing that he’s talking to me. “I’m sorry?”

“I asked where you’re going.”

Turning back to him, I meet his eyes and ignore the thrill that runs down my spine. Down girl, he’s not that hot. Except for the fact that he totally is. “I delivered your flowers, and now I’m going.”