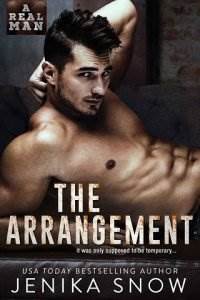 I wondered if I was making the biggest damn mistake of my life. But desperation had people doing crazy shit, and moving in with my stepbrother, the one I’d wanted since the first day his father married my mother and he joined my family, was pretty high on the list of insane shit.

The cab pulled up in front of the house, and all I could do was sit there looking at the small two-story structure, wondering if I could have gone another route. I hadn’t spoken to Beckham in almost six months—well, hadn’t talked to him up until I called him last month and all but begged for his help.

Jobless, nearly penniless, and refusing to call my mother for help, I knew he was the only other person I could rely on.

My life had gone down the shit drain, and there was nothing I could do to stop it.

Months ago, our parents divorced when it was revealed that mother had a longstanding affair with one of her students at the university. I’d never seen hatred from Beckham before, but that day... I’d seen pure rage from him reflected toward my mom, and me as well.

But I supposed I might have felt the same way if the roles had been reversed, angry that our family unit had been broken up by infidelity, that a broken home was our story now.

So I got it, and that’s why it had been so hard for me to call Beckham and ask for help, to see if I could stay with him until I got my shit in order.

Did he still project his anger at me because of what my mother had done, how she’d shown no remorse over her actions? A part of me hated her for that too, and that’s why I’d barely spoken to her since… because she truly didn’t think she’d done anything wrong.

I glanced over at the driver. He was staring at me, this expectant look on his face, the unspoken “can you get the fuck out of my car?” expression on his face pretty loud.

He was probably wondering what in the hell my problem was, why I was just sitting here staring at my destination and not getting out of his damn car.

I reached in my pocket and grabbed my money, giving him what I owed and climbing out. He popped the trunk, not even bothering to help me with my bag, and as soon as I grabbed it and closed the door, he was driving off, leaving me there to face this myself. I looked at the house again, my heart in my throat.

As I stood there for long moments just staring at Beckham’s house, a part of me wanted to just turn around and start walking, to not look back, to not worry about what all this meant. I replayed the last thing he said to me on the phone when I had to beg—humiliate myself in asking for help.

“Oh, don’t worry, Lenora. I’ll think of some way for you to repay me.”

His voice had been so deep and coaxing, and I pictured him smiling, a shit-eating grin playing across his too handsome face as he spoke those words. I didn’t know what kind of payment he was referring to, but I knew it wouldn’t be the monetary kind.

Beckham hated me, and I knew he’d make me pay in more than one way.

And that scared me most of all.

I saw the cab pull to a stop at the curb, and I stood there, looking out the window, watching as Lenora stayed in the vehicle and stared at my house. Even from a distance, I could tell she was nervous, afraid.

And I didn’t blame her.

We’d left on fucking awful terms six months ago, and that was all my fault. I’d been so angry and hurt, using that to fuel my emotions and projecting them onto her, because she’d been right there. God, I’d been a bastard that day, and it haunted me ever since.

But seeing my father’s heart break because the love of his life—her mother—had been having an affair had been the hardest thing I’d ever witnessed. And I’d taken it out on Lenora.

And as soon as I said the hurtful things, as soon as that shit spewed from my mouth, I wished I could have taken it back. I’d wanted to go back in time and repair the damage I caused between us.

Every day, I wanted to call her up and apologize. The things I said had made tears well up in her eyes... things that made me feel as if I were nothing more than a piece of shit on the bottom of someone’s shoe.

But my anger and the betrayal made me a prideful bastard. And I hadn’t apologized, I hadn’t said anything to her since then.