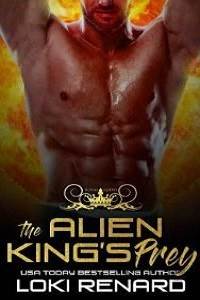 Behind her, saplings snapped and the world pounded beneath the feet of the crowned predator who had her scent and would not stop the hunt until he was sated.

Growling inhalations followed by the bellowed exhalations seemed to touch the back of her neck, an unnatural shadow falling over her, blanking out what was left of the frightened sun.

She ran even though running was pointless. Even though it was inevitable that she would be captured and no doubt consumed in some way which would leave her nothing more than a ragged remnant of the hearty young woman she was now in these, her last moments in which innocence was being ripped away with every panicked step.

The words were so pathetically useless, hurled into the air and whipped away moments later by the wind and the snarling of the creature behind her.

Screaming them louder only made her out of breath and depleted her dwindling reserves of energy. This was a persistence hunter, one who would run her until she lay panting on the forest floor, unable to stop what was going to happen to her.

Then the beast could take his time. He could do with her as he willed. No matter how painful it was, or how it humiliated her human sense of dignity, everything would be stripped away from her.

She knew that with the same instinct a mouse knows to scurry away from the path of a cat.

She was fit, but he was fitter.

She could flit through the trees and underbrush, but the monster simply came through them. Living wood splintered where he ran, moving through the world like a raging bull.

Iris could not spare a moment to look back, but she knew what he looked like. His appearance had been burned into her mind’s eye.

He was a massive beast. Almost like a man, but so much more than any man could ever be. Blue eyes. Slitted vertical pupils. Scaling over his shoulders, back, and neck. He was a monster in every sense, a king from another star descended to her human world to ravage it - and her.

A human would call out to her, tell her to stop. But this thing behind her, this massive monster with broad shoulders and long legs, an unnatural amount of physical power, it did not bother to speak.

He was going to hunt her down.

He was going to absolutely destroy her, as he had destroyed everything she ever cared about.

She could not keep this pace up much longer. He had to know that. And she knew that he could outpace her easily. He was chasing her because he enjoyed it. Because letting her run was the same thing as making her run.

The woods she had played in when she was very young had turned cold and dark with the setting of the sun, lit by the remnants of fire which still blazed behind them, but she knew where she was going.

Iris dipped into what might be the last hope of escape, a small tunnel which ran between the trees. A long time ago it had been used to carry water. Now it was dry. She had to go down on hands and knees and scuttle along as fast as she could.

There was some chance of escape this way. The monster couldn’t fit in this tunnel. She wondered, for a moment, if she should stop and simply hide in the tunnel, wait him out. But then she remembered what he was capable of doing, how he had turned her entire life into ashes, and she knew she had to keep going. This old tunnel would not serve as protection for long.

He was able to see through trees. He could command beasts of the sky. He could sniff his prey at a thousand paces, and she had no doubt that he would be waiting at the end, a gaping maw, sharp claws, scales which reflected the corona of sunlight left in the destruction he had left behind him.

There was light at the end of the passage. A slim circle of what might be escape. She couldn’t risk hope and she didn’t have time for fear. She moved as fast as she could, knowing that every scuffled motion brought her closer to the end of the chase.

Iris reached the end and burst out the other side. Perhaps she should have hesitated, waited to see if he was there, if she could smell him or hear him or… it didn’t matter, because she didn’t stop. She only knew how to run, and so run she did - right into the grasp of the monster.

His hand wrapped around her wrist and her momentum made her whip around him, a helpless rag doll flailing amid the leaves. The predator kept a firm hold of her, stopping her from flying off into any of the solid trunks which would not doubt crack her skull or break her bones if she were to hit them.