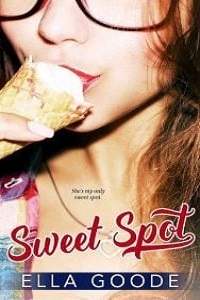 “Friends, lovers, countrymen, lend me your earholes,” Dean announces to our AP History class. His arms are stretched wide like he’s posing for some campaign poster. Half the class is paying attention and the other half is grumbling about how many weapons Mr. Allen is going to talk about for the next fifty minutes.

“It’s Romans,” I correct, stretching out my long legs until they’re nearly bumping the back of Carrie Montlain’s battered Converse sneakers. How long has she had those? Tenth grade? Ninth? I tilt my head to see if the baseball I drew on the heel in our sophomore Intro to Art class is still there, but it looks like it’s been rubbed off. Too bad.

“Romans? Why would he say Romans? Isn’t that a Bible thing?”

Dean and I exchange looks over Tommy’s head. He’s not the brightest highlighter in the package, but he doesn’t mean any harm.

“Romans is in the Bible, my friend.” I pat Tommy on the back and then push against Carrie’s shoe. She doesn’t turn around right away, so I nudge her again.

“What do you want, Peters?” she asks without moving. Her pretty neck is bent over her notebook where she’s undoubtedly sketching something. I heard she plans on attending the local community college to get an associate degree in bookkeeping and then go on to work at her grandparent’s ice cream shop, which is admirable and all that, but the girl is fucking talented in art. She should be going to some prestigious art school.

Her arm stops moving for a second before she resumes her sketching. “No.”

“Oh. That’s good.” I slide down into my chair a little farther, which has the result of pushing my feet even farther under hers. She tries to shift, but my legs cage her in. Finally, she gives in and leaves her feet tucked between mine. I don’t know why I care, but I do. It’s like that’s where she belongs, which is weird because we’re friends. That’s all it’s ever been between us no matter how many times I’ve gotten a woody because of her. She made it clear a long time ago that she didn’t think of me in that way and that if I respected her at all, I’d just be friends with her. I do respect her. I like Carrie. She’s funny and smart and a fucking talented artist. Friends is fine. I’m not without self-control that I can’t be friends with a girl. I mean, I’ve had some fantasies—okay, a lot of fantasies—about her but I haven’t acted on them. Not once in the years we’ve known each other. I should get a damned medal for that.

“Don’t you have baseballs to hit?” she says, head still down over her paper. I lean forward for a glimpse of her drawing, but her slight frame and long hair cover it.

“Is that why you’re all in class bothering us?”

“Yes.” When we don’t have a schedule, the players tend to get wild. We don’t have to get up at five to lift or run. We don’t have batting practice in the afternoons in the ninety-degree sun. We don’t have six-hour road trips to tournaments that last three days, and now that most of us are seniors, we’ve got an endless amount of free time. Pure bliss. Colt’s still training because he’s going pro, but the rest of us are doing nothing but waiting for college. Dad says that idle hands are the devil’s workshop, and the way I’m harassing Carrie’s shoes is probably a good example of it, although I don’t think she cares. “Aren’t you glad we’re in our fun mode?”

“As opposed to what other mode?”

“If those are my two choices, then yes.”

“What are you drawing?” I scoot up farther, brush her hair to the side, and stick my chin on her shoulder. Immediately her hand covers her work. “Come on, Carrie. Show me.”

“No. It’s not done, and you know I don’t like showing my unfinished work.”

“At least tell me what the subject matter is.”

She puts down her pencil and shoves my face off her shoulder. “No.”

“You’ve been trying to get me to say yes since I brought the turkey club sandwich to lunch in middle school, and my answer now is the same as it was then. No.”

I settle back in my chair and ignore the tiny prick of...something at her emphatic denial.

“Crash and burn, my dude,” Dean murmurs next to me.

A tube of pain cream lands on my desk courtesy of Tommy. “For the burn,” he snickers.

Not to be left out, Logan, the reliever on our team, gives me a sympathetic shoulder squeeze. I whip the medication back at Tommy, give Dean the finger, and then say, “Et tu Brutus?” to Logan.