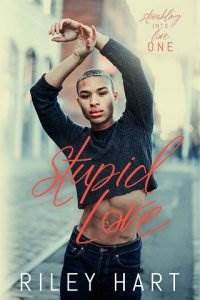 I’m a bisexual man with a plethora of experience in sex and dating. Lots of thoughts on love, one being that I want nothing to do with it for myself. I understand that others want to jump headfirst into misery (a.k.a. Love), so I anonymously give advice on that too.

I’m a twenty-nine-year-old gay man. I’ve been with the love of my life for three years. Lately, things have become a bit stale in the bedroom. It’s not that I don’t love him, because I do, but I’m not as sexually satisfied as I used to be. It’s nothing he’s done wrong. The sex hasn’t changed all that much, and maybe that’s part of the problem. I can’t help wondering if I’m not cut out for monogamy. This is my longest relationship. I’ve never been monogamous before him, which he knew when we got together. We figured it was because I’ve never been in love before. I’d like to reiterate that I do still love him. Madly. I don’t want to lose him, but I’m also a very sexual person, and my desires are weighing heavily on me. I’ve casually mentioned, more than once, the possibility of opening our relationship, or at least bringing in a third from time to time. Something to spice things up or break the monotony, but my boyfriend brushes it off. Do you have any advice?

I’m sorry you’ve found yourself in this situation. I’m sure it’s difficult for you both. If you’re a reader of this column, you know that even though I give love advice, love isn’t for me. I understand that there are people in the world who are searching for love, who want or need it, but I don’t happen to be one of those people. Do I enjoy dating? Sex? Hooking up? You betcha, but it’s with the understanding that commitment and monogamy aren’t in the cards for me or whoever I’m with at the time, because I’m not built that way.

So, I think your first step is to search inside yourself to see if you are the type of man who isn’t monogamous. You need to figure out if you’re truly not built that way (without cheating because cheating makes one an asshole). Have you and your boyfriend tried different kinds of sex with each other? Role-playing or any other form of stepping out of the monotony you’re feeling? Have you sat him down and told him how you feel, or have you only beat around the bush? Because if you tell him, and then you both explore other kinds of sex together, your problem might be solved.

If that doesn’t work and you decide that monogamy isn’t for you, again, you need to be completely honest with your man. As much as you have the right to not be built for monogamy, he has the right to be built for it. There’s no right or wrong answer. We all have to figure out who we are and what we want, on our own. Once you both have the answer to that question, you need to figure out if your needs align. The only people who can tell you what to do are, well, the two of you.

If you want to be open and he’s firmly against it, you have to ask yourself if it’s worth losing the man you love, and he needs to ask himself the same question. Is playing worth losing him? Is not allowing you to play worth losing you?

I know that’s a shitty non-answer, but this is the type of question I can’t answer for you. I understand your feelings, and I wish you both the best.

This is one of the many reasons why I don’t do love .

I pulled the lasagna out of the oven at the perfect moment. The cheese was to die for, just the right tone of golden brown. My stomach growled, spices and tomatoes and carbs filling my senses. Ugh. Why did carbs have to be so good? I was positive that one day they would be the death of me.

Carbs or Danny, which were totally two of my favorite things. Well, except for the whole be-the-death-of-me part. I was only twenty-three. I wasn’t ready to die, even if it would be a delicious death.

Danny was my best friend, whom I was maybe a little bit in love with. Okay, a lot of bit in love with. I had been for a year now. It was strange, the moment it dawned on me. We were sitting on the couch, watching a movie like we’d done eleven thousand times in the past. It was a rom-com, and I’d been, well, I’d been slightly jealous that the love interests on the screen were getting their happily ever after because I was that rare breed of early twentysomething man who was ready for that.