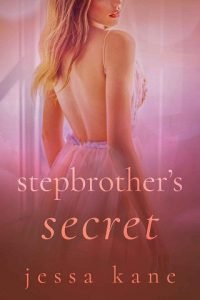 A headache stirs behind my eyes.

I’m in the midst of my reelection campaign for the Connecticut governor’s seat. There is definitely no time for a secret side trip to the wilds of North Carolina to collect a wayward child.

I stare across the limousine to where my father, Elton, and my stepmother, Rebecca, clutch hands tightly on the seat, completely enamored with one another, but visibly nervous over reaching our destination. Night has fallen and the sun is hidden behind the ancient, gnarled trees that line the dirt road on which we’re traveling. Toward the backwoods marshland where my stepsister, whom I’ve never met, is apparently fending for herself.

“I had no idea my ex-husband was dead,” Rebecca whispers into the tense silence. “You believe me, don’t you, Tristan? I never would have left my own daughter down here alone. I would have come sooner…”

My nod is tight. The explanation hardly matters.

Which is why we’ve come to bring the child to Connecticut.

My father and Rebecca met on vacation and fell in love—although, I’m inclined to believe “love” is an exaggeration, no matter who it is being applied to. An excuse people make when they’re needy for companionship.

Whether or not my father and Rebecca truly love each other is irrelevant, though. For the past two years, my new stepmother has been living in Hartford, Connecticut. Her daughter has been down here in North Carolina with her father. Happy to remain near her friends and the home where she grew up. Or so we assumed. Only yesterday did Rebecca find out her ex-husband had passed away a year prior, meaning the child has been down here, living by herself, without a dime or parental guidance.

Everything that happens in or around my family has a direct effect on my political career. I’m at the end of my first term as the governor of Connecticut and on my way to being reelected. It wouldn’t look good if someone connected to me was neglecting their only daughter, leaving them to starve penniless in some swamp. And so here we are to bring my stepsister to civilization.

I really don’t have time for this.

The limousine stops moving and I glance up from my phone, only slightly curious about where the girl has been living.

There is a twirling line of smoke rising from the roof, chickens pecking around outside. Laundry dries on the line. My eyes linger momentarily on the row of thin, ripped panties, before I swiftly look away. “Let’s move fast,” I say. “I need to be back in Hartford by morning.”

My father nods in agreement, as he should. He’s my campaign manager.

There is some tension between us right now. I’m pissed that he allowed this situation to happen right under his nose. A wrench in the engine that could hurt my chances at reelection. Meanwhile, he’s caught between defending his wife and being contrite. But we move on autopilot now, synced, ready to do damage control.

The three of us exit the limousine, Rebecca leading the way up the rotted porch, toward the front door of the shack. Is this where she lived in the early days of her marriage? Christ. If so, she’s definitely leveled up with my father’s estate overlooking the golf course in Hartford. A stiff wind could knock this place to the ground.

Rebecca knocks, but there is no answer.

She tries the door and finds it unlocked, walking inside, calling her daughter’s name.

My father follows his wife into the home.

I’m about to as well…when I hear a laugh.

It’s a warm, bright sound. So full and ethereal, I can’t tell which direction it’s coming from. It’s part of the breeze, threaded in seamlessly, stirring the low hanging tree branches that scrape the roof of the shack.

For some reason, that unbridled laugh tugs at my pulse.

A pulse that seldom rises for any reason. There is no question a reporter can spew at me that I don’t know how to answer. There is no crisis that can’t be dealt with. At thirty, I’m the youngest sitting governor in the country—and the hardest to rile. Or catch off guard.

There is no reason a girl’s laughter should have me swallowing so heavily, the lump in my throat barely makes it past my knotted tie.

Frowning, I reverse my steps down the porch, following the sound. Compelled to do so, my pulse ticking in my neck. It’s coming from behind the house, somewhere among the grove of crowded trees. Moonlight reaches in through the branches, guiding my way along the gravel trail, the laughter growing louder. Closer. Until I reach a clearing.

Even before I step out into the moonlit glen, I have the sensation of free falling. Pressure gathers in my chest, the wind tunneling around me, mouth dry. All I can hear is that laugh. That sweet, girlish melody. It’s so free. Unpracticed. I’ve never heard anything like it.