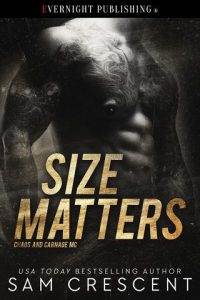 Maddie French glanced down at her watch to check the time. It was safe to say her date wasn’t coming. He was over an hour late, and she was growing tired of the pitying looks directed her way. She sipped at her water and tapped her fingers on the table. If she ate now, they would all know she’d been stood up. Not that anyone was supposed to care, but she saw the disguised points.

She pulled out her cell phone and checked to see if he’d left her a message, but there was nothing.

Ever since she had shared her picture with this guy she’d been talking to for months, he’d been different.

She ran fingers through her long brown hair, which she’d spent a good amount of time curling so it didn’t just lay flat. This was why she hated internet dating. She never photographed well. Her mother used to tell her often enough that her best features were always hidden. Not that her mother would ever divulge what she considered her best features.

She put her cell phone away and took a deep breath.

This wasn’t the first time she’d been stood up, wouldn’t be the last time either. She could pretend so many things as to why her date didn’t arrive. A car accident. Held up at work. He was helping someone give birth in a subway, but the truth was that it was because of her size.

Her mother had always told her no man wanted a fat girl. Her mother, God rest Delia French’s heart, didn’t mince her words. Some people of Carnage even thought Delia was responsible for putting her husband, Nigel, into an early grave with all of her real talk. No one knew her parents were as bad as each other.

They kept everything real.

Where another parent might tell their child the weight would drop of them as they got older, or that they were beautiful, she wasn’t told that.

The world didn’t want to admit it, but size really did matter to a great deal of people. In the small town of Carnage, there was no one who wanted her.

Clenching her hands into tight fists, she felt sickness swirling in her gut. To anyone who looked at her, it was her size-twenty curves that spoke volumes. It wasn’t the volunteer work she did at the local animal shelter or the schools. Nor was it the hard work she put in to every single town fair.

Life after high school should have been easier. Instead, she’d passed through a multitude of jobs, failed her driving license more times than she could count, which meant she walked everywhere, and never had a long-lasting relationship.

Her only boyfriend was in the last year of high school, and he’d dumped her after taking her virginity in the back of his truck. He was a nerd, and no one had paid attention to him. She’d been the fat girl, and as he told her at the time, he’d taken pity on her. Neither of them should have entered adulthood a virgin, and that was his community service to her.

She’d never been more embarrassed in her life.

Maddie glanced around at the couples. It wasn’t even a fancy restaurant. It was a small eating section at the bar in Carnage.

She rubbed her temples and then jumped as she heard the roar of bikes arrive outside.

There was only one bunch of people who rode bikes in Carnage. The Chaos and Carnage MC that lived all around town. They owned several businesses, including this bar, the local mechanic shop, the gym, and a few other places that were way too many to count.

She used to go to school with one of the members, Grant Reynolds. He’d been a popular bad boy, and no one had messed with him because of who his brother was.

As if the thought of him conjured him up, Kirk Reynolds, known only as Bull, entered the bar. He had several guys at his back. Many of them she didn’t know the name of. She had always steered clear of the MC group that filled their town. Women wanted to fuck them. Men wanted to be them. They were the group most people wanted to be associated with.

She knew they helped a lot of business in town. They even offered protection, and in the last ten years, there had been no violence or death brought to the streets of Carnage. She had even seen him talking to the local sheriff, Dylan, from time to time. Not that she was a stalker. She just happened to notice a whole lot of things. People often ignored her presence.