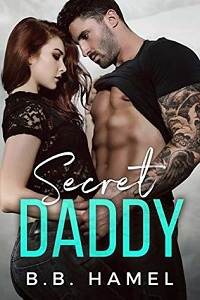 “Okay, so I know it looks bad, but everyone gets locks of hair in the mail, right?”

Norah crosses her arms and glares at me. “That’s not funny.”

I force a smile and throw up my hands. “I mean, it seems pretty normal to me.”

“I’m a celebrity. I mean, my whole freaking life is public. I’ve been getting stuff like this forever, and now it’s suddenly a big deal?”

Norah sighs and sits down in the chair across from me, perched at the very end like she’s about to get up and run away at any second.

“Listen, I know this sucks. It really, really sucks. But some creep sent you photographs of the inside of your house along with locks of hair that looks insanely like your own. Aren’t you at least a little scared?”

I shrug again and smile at her, but inside, I’m freaking screaming.

Okay, I know, I’m a pop singer. I live my life in the public eye and I basically don’t get any privacy at all. In exchange, I get fame and money and all that crap.

But the idea of someone breaking into my house and cutting hair from my freaking head makes me want to vomit everywhere.

I can’t admit that to Norah, though. If I do, she’s just going to make my life even harder than it already is. Whatever tiny little bit of freedom I might have right now is going to get flushed down the toilet. She’ll stifle it with annoyingly silent armed guards lurking around every corner, enhanced security protocols, all that absurd crap. I’ve avoided it so far by being obnoxiously against it, but I can feel the tides turning.

“I’m not worried,” I force myself to say.

“Well, I am.” She crosses her arms. “Besides, the blogs caught wind of the story and it’s all over the internet now. So we’re doing something about it.”

I can’t help but laugh a little bit. Of course she’s more worried about my image than my safety. I mean, I agree with her, but still.

She stands up suddenly, like a spooked bird. “I know it’s messed up,” she admits. “But you know the reality we live in.”

“Yeah, yeah, I know. Trade your soul for an ounce of fame.”

She glares at me, but doesn’t argue.

“That privacy is gone. Somebody broke in here, remember?”

I roll my eyes. “Come on. You really believe that? I mean, the inside of my house isn’t exactly a secret, there are photos all over the place. And I’m not missing any hair.” That I’ve noticed at least.

“One crew,” she says. “They’ll be invisible, but they’ll keep you safe.”

“Absolutely not. That’s just too many guys.”

She arches an eyebrow. “Okay then. One bodyguard.”

I wince and realize I walked right into that trap. “No, Norah.”

“One guard isn’t going to intrude too much. He’ll stay out of sight and mind, but he’ll keep you safe. Or would you rather some crazy fan came in here and killed you?”

I sigh. I know I’m not going to win this argument. If I keep going, somehow she’ll get me to agree to let an entire SEAL team sleep in my living room, you know, for my safety.

“Pleased as punch.” Her face is completely flat. “Would you like to meet your new bodyguard?”

I glare at her. “Are you kidding me? You brought someone already?”

She turns away. “Graham?” she calls out. “Come on in here, please.”

I stand up, anger flaring through me. I get talking me into this, but already bringing him here is just out of bounds. I know this is a shitty situation, and we need to look like we’re taking it seriously, at least for the blogs, but fucking hell. She isn’t giving me any freedom of choice at all. It’s like she knows what I’ll do before I do it.

I’m about to cut into her when a man steps into the room. Every angry word, every rude gesture, it all suddenly falls from my mind when I get a look at my new bodyguard.

He looks like an action movie star. I don’t know how else to describe him. Muscular, with a close-trimmed beard and tattoos all over his body. He’s older than me, maybe in his late thirties or early forties, and his eyes are steel blue. His body is muscular, ripped really, and he stares back at me with a flat look, like nothing surprises or intimidates him.

I expected… well, I don’t know what I expected. Maybe some young jock guy, or some muscle-head moron with a too-square jaw. This guy though, he’s drop-dead gorgeous.

“Katie, this is Graham,” Norah says. “He’s a former marine and a competent bodyguard.”

“Charmed,” he grunts at me, and I swear there’s a little smile on his lips.