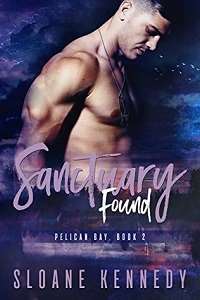 So much fucking snow.

I held my breath as the car suddenly skidded to the right.

“Are we gonna crash?”

“No, buddy, we’re not,” I said over my shoulder to my little brother. I didn’t dare look at him because I was too busy wrestling with the steering wheel. Weren’t you supposed to steer into a skid or some shit like that? Wait, that was for ice, wasn’t it? Did that even work in snow?

I smiled at that even as I felt my stomach drop out when the car chose that moment to jerk in the other direction.

“Minnesota,” I corrected. “I’m not sure, buddy. I think as long as he had Mater, Sally, and the rest of the gang with him, he’d like any place.”

“’Cause they’re his family?” Newt asked.

“Yep.” I let out a breath as the car stopped sliding around. Unfortunately, my attention was once again drawn to the sputtering sounds the engine was making. The heat hadn’t even bothered to kick in when I’d gotten the car started back at the Grainger place. I had a feeling it was the car’s way of telling me to just let her go already so she could cross over to the other side.

The idea of a bunch of old cars frolicking in heaven had me snorting. I doubted Pixar would be making a movie about that anytime soon.

All my humor died at the question.

Good question, buddy. But of course, I didn’t say that.

“Just us?” my brother asked. “Shouldn’t we have a big family like Lightning?”

Should’ve, would’ve, could’ve, I thought with a sigh. “Families come in all sizes, buddy. Just ’cause it’s just us doesn’t mean we aren’t as cool as Lightning’s family, right?”

He was silent for a moment before he said, “Lightning doesn’t have a mommy and daddy, either.”

I felt my heart drop into my stomach at his words. I was saved from having to say anything when Newt flopped his head back against the seat and groaned, “Are we there yet?”

“Almost,” I said. “Look, there’s the sign Mrs. Grainger was telling us about.” Newt whipped his head around, but his height and all the junk in the back seat made it impossible for him to see. “Lake Hills County Wildlife Rescue and Sanctuary,” I read out loud so he wouldn’t feel like he’d missed it.

“You think they’ll have elephants? And lions? Can you ask if I can ride one of the elephants?”

I laughed. “I don’t know if they have elephants, but even if they do, how are you going to get up there?” I asked.

I made the turn onto the road that appeared to be the sanctuary’s driveway as Newt began coming up with ideas.

“Maybe you could tell the elephant to lie down so I could get on?”

“I don’t speak elephant,” I reminded him. He giggled. His laughter always did funny things to me and I selfishly wanted more of it, so I began coming up with outrageous ways for him to get up on the fictional elephant’s back. “Parachute? Rocket? Tidal wave?”

The car slogged through the deepening snow, but fortunately didn’t do much more than groan and sputter as we made our way along, foot by agonizingly slow foot. After several minutes I was certain the driveway led to nowhere, when the trees cleared a bit. I noticed a couple of people standing by a pickup truck near a nondescript building that didn’t look like much of anything. My nerves started to get the better of me as I remembered why we were here.

God, Nolan Grainger was going to fucking hate me.

And that was assuming he didn’t try to throw my ass in jail the second he realized who I was.

I needed to make this quick. Get in and get out.

“Buddy, I need you to stay in the car,” I said as I pulled in beside the pickup truck. There were two guys next to it and I instantly recognized one of them as Nolan. I’d seen his picture often enough to know him anywhere. Guilt went through me as I realized I was a big reason Nolan was out here in the middle of nowhere in the dead of winter, instead of back in San Francisco or off in some exotic city showing the world how incredibly talented he was.

“But I wanna see the elephants,” Newt complained.

My eyes shifted from the two men next to my car to the guy who was closer to the front of it. My belly dropped out at the sight of him.

God, he was a fucking tank.

A tank that looked ready to spit nails.

“No, stay in the car,” I murmured to Newt as my eyes met the man’s through the windshield.