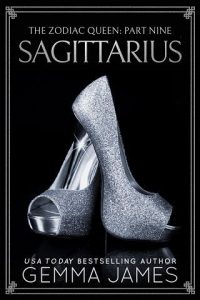 At the monthly dinner with the Brotherhood, he reveals his gift—a trip to Los Angeles, where I’m scheduled to debut as a designer at the Fashion Festival. To sweeten the deal, he allows me a plus-one.
Sebastian is my only choice, but there’s just one condition.
Tatum wants to watch.
The idea should disturb me, and when he makes it clear he wants to join, I definitely shouldn’t agree.
Because grave decisions come with consequences, and this one is a doozy, spawning so much guilt that I compound the mistake with an even bigger one.
A single moment of distrust turns my world upside down, ending in trauma and tragedy
I’ve survived a lifetime’s worth of suffering at the hands of these men, but this…
This will be the catalyst that destroys me.

Disbelief shrouds the room in precipitous tension. As the men crowd Sebastian’s beach cottage, the chancellor’s explanation for their unexpected visit sends shock rippling through my system.

Did he say they’re going to rig the auction?

I hold Liam’s gaze, paying no heed to my unkempt morning-after appearance, and part my lips in search of the right questions to ask.

How do they plan to rig the auction?

Wait. How does Liam know about Landon’s mysterious plan?

And when did they start working together?

But instead of demanding answers, I end up gaping at the group of men, their presence rendering me as silent as the dawning of a new autumn day.

“I think you should sit down, my sweet girl.” Liam’s cajoling tone is deceptive, because underneath it, I detect the authority behind his words—words that knock me from my stupor.

“Don’t tell me what I should or shouldn’t do.” The more I think about his overbearing tendencies, the more my hackles rise. “You can’t just waltz in here, unannounced, and drop a bomb like that on me…and then tell me to sit down.”

Ford’s sigh interrupts my brewing standoff with the chancellor. “We’re gonna need caffeine for this conversation.” He heads toward the kitchen. “Where’s the coffee in this place?”

“By the sink, second cupboard on the left.” Sebastian settles his hand on the small of my back, and his warmth seeps through my wrinkled dress, reminding me of how he peeled it off my body last night before giving me what I wanted most in the world.

To belong to him and only him…except this wasn’t how I envisioned we’d spend our last morning together.

“We need a minute,” I say as I grab Sebastian’s hand and drag him into the bedroom. The door shuts, enclosing us in privacy—much needed privacy because my heart is pounding too hard and fast, and my hands are clammy. I’m close to the precipice of a meltdown, pushed to the ledge by too many men for too many months.

Anger flares, boils in my blood, and I want to rail at them for intruding on the precious time I have left with Sebastian. Why did they choose today of all days to upend my world yet again?

“Did you know they were coming?” Folding my arms, I give Sebastian a look brimming with accusation.

“I knew about the meeting, but I didn’t know it would happen today.” He shoots a glare toward the living room. “Always in the goddamn way.”

“I don’t know much more than you do. Landon kept the details close to his chest.”

“So you’re saying he doesn’t trust you enough to confide in you? I find that hard to believe.”

“It’s not about trust. He’s always been a stubborn ass, and there’s no way he’s spilling the details until he’s ready.”

“And today just happens to be the day he’s ready?”

“Apparently so.” Sebastian combs an agitated hand through his bedroom hair, and I remember all-too-well how those dirty blond locks got so disheveled. My heart constricts at the memory of the unbelievable night we shared.

Our time together is ending too soon.

“At least tell me what little you do know.” I plant my hands on my hips. “Before I go out there and hear how all of you conspired to control my life, I need to hear it from you. Not them.”

“Forget about them,” he growls, setting his hands on my shoulders and pushing me toward the bed. “In this room, there’s just you and me, princess.”

“What are you doing?”

“Not letting anyone or anything ruin my last morning with you.”

“You can either fight me,” he cuts in, shoving me onto the mattress with a smirk, “or you can enjoy me.”

“How about option three?” As he removes my dress for the second time in twelve hours, I nod toward the living room. “At least tell me you’re still going to win the auction.”