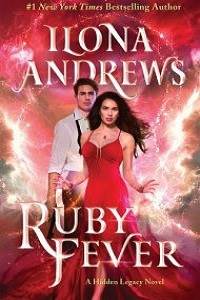 My sister squinted at the monstrosity of an estate growing closer as the SUV sped up the gently climbing driveway. “Look at all the towers. It looks haunted.”

“How do you know it’s not haunted?” Leon asked from the back.

Because ghosts didn’t exist. “Because Trudy is a nice person, I like her, and she wouldn’t let us buy a haunted house.”

“I did, and Trudy said no.” Our poor, long-suffering Realtor had answered more bizarre questions in the last couple of months than she had during her whole career.

My little sister whipped out her phone and bent her blond head over it.

The entire Baylor family was in the car with the exception of Grandma Frida and my older sister and brother-in-law. We were going to buy a house.

When I was very young, we lived in a typical suburban home. It was just the five of us: my dad, my mom, my older sister Nevada, me, and my younger sister Arabella. Then our two cousins, Bern and Leon, came to live with us because their mother wasn’t worth two cents and nobody knew who their fathers were. Then Dad got sick. We sold the house to pay for his treatment and moved into a warehouse with Grandma Frida, my mother’s mom. Dad died. Nevada, who was seventeen at the time, took over Baylor Investigative Agency, our family business, and she and Grandma Frida, who worked on tanks and mobile artillery for the Texas magical elite, put food on our table and clothes on our backs.

Eventually Nevada came into her magic, and we became House Baylor, one of the prominent families that boasted more than two living Primes, the highest ranked mages. Nevada fell in love and moved out, I ended up as the Head of the House, and one of my first achievements was to blow up the warehouse all of us called home. The fact that said blowing up was completely accidental did nothing to put a roof back over our heads or to decrease my guilt.

For a while we made do with an old industrial building we sort of converted into a habitable home, but all of us hated it. And our needs had changed. All of us, including my little sister, were now adults. We wanted to stay together, both because we loved each other and because House Baylor was a new House and every time we left our building, we sported lovely targets on our backs. Safety in numbers was very much true in our case. But we also desperately needed privacy.

We wanted to live together. Just not together-together.

Finding the right house in our price range had taken forever, but I had my hopes pinned on this one. I really liked it.

“I heard Realtors have to disclose if the house is haunted,” Leon said.

I looked at Mom in the driver’s seat. She gave me an amused smile. No help there.

“There were no deaths on the premises. Nobody died in the house, so it can’t possibly be haunted,” I told them.

“How do you know nobody died?” Leon asked.

“Because I checked the records,” Bern rumbled.

“That doesn’t mean anything,” Arabella said.

Clearly, there were two teams in this vehicle: Team Facts and Team Facts Be Damned.

“What if they hid it?” Leon asked.

Bern gave his younger brother a look. When it came to uncovering facts, Bern had no equal. If there was a record of something and that record was at any point entered into a computer connected to the Internet, he would find it.