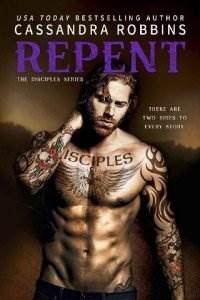 To my husband, who always tells me to run my own race.

And to those who bet on me.

I’m cold, I think, or am I? My cheeks are on fire. The faint beeps and smell of disinfectant surrounding me make me want to curl into a ball and hide.

“It’s going to be okay. We’re all right here.” Doug reaches for one of my numb hands. His voice is annoyingly soothing, and I turn to look into his brown eyes. For some reason, though, all I see is blue. Ocean-blue eyes, that look at me as though I’ve finally destroyed us.

I gulp in some much-needed air if only to stop my twitching. I must focus on the now. Breathe in and out, I chant in my chaotic brain.

My teeth are chattering and I bring a shaky hand to my lips to still them. Obviously, my technique is not working. It might be making things worse. My head is pounding, and there’s a real possibility I might be having a stroke.

“At least we’re at the hospital.”

I must have voiced this out loud, because Eve responds, “Yes, he’s getting the best care.”

She sits on my other side strangling my hand. Jesus, it’s clammy, almost slippery. Any other time, I’d be horrified. Today… well, today everything’s changed.

Terror shoots up my spine. This can’t possibly have happened. I love him; I can’t have killed him. All of this isn’t real—it’s a nightmare. Or one of my fucked-up daydreams I like to partake in.

“I think that I have done something unforgivable,” I announce loudly to the room.

All talking stops as almost every person I love in this world turns and stares.

I scan their faces. They’re either looking at me like I need to be put in the looney bin, or they look rather annoyed that I called 911. But I panicked. After all, I fucking stabbed him.

I know Blade is unhappy, saying he has private doctors to handle delicate matters such as this. Whatever. I’m done for anyway. Might as well make it quick. Why drag out the agony?

The silence is deafening… so bad that I can count my racing pulse, the beats so fast I’m out of breath. My eyes dart around as I take in my surroundings.

I’m in the waiting room at Cedars-Sinai Medical Center.

The walls are cream colored with fake watercolors and a large flat screen droning on about all the horrors that happen in our world.

They surround me in a show of rank. Blade made sure of that.

The concern in Doug’s voice makes me blink and lean toward him. “It’s weird how this room has green chairs,” I whisper. “All but one.” I motion with my eyes to a chair that Dewey is sitting on.

“See? That one is gray. All the others are green.”

His beautiful brown eyes widen as he looks at my face as if I have grown another head.

“Everything is how it should be,” I announce again, hearing voices say, “Jesus Christ” and “What the fuck?” in the background.

“It’s true. Tell them, Eve.” I nudge her with my elbow. “We heard it on a talk show. Everything is how it’s supposed to be.”

Jesus, I can’t stop saying crazy things. If I had a free hand I would slap it over my mouth, but I don’t.

“Which is ridiculous because really? Is this how it should be? I don’t fucking think so.” I let out a snort that ends up in a sob.

“She’s in shock. We need a doctor,” Doug screeches.

The room explodes with Ox doing more cursing along with Dewey leaping out of the gray chair to chant and mumble in the corner.

“Everyone relax,” Blade growls, his green eyes lasering in on mine.

“Dolly?” He sounds like he’s performing a test to see if I know my name.

He rubs the back of his neck looking at me in that way that makes you feel like you’re really dumb and he’s really smart. I slide down in my seat and curl inward. If I make myself small, he can’t see me.

“Pull your shit together,” he snaps, causing me to sit up and Eve to pat my hand. Fucking Blade—he thinks he’s king of all he sees, yet he’s not king to me. I’m not part of this anymore.

I left, but more blood has been spilled.

Holy shit, I’ve become like them. Maybe you never do escape your past or upbringing. No matter how long I’ve tried to leave this life, the club I was born into, here I am.

I start to giggle but my eyes widen because what the fuck? I don’t giggle! So, I swallow it back before I scream all my truths…

First, not even the mighty, all-powerful Jason “Blade” McCormick can get me out of this mess. I don’t care if he’s president of the most notorious biker club in the West.