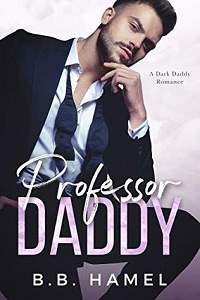 The room is practically buzzing with excitement.

“Did you read his white paper on quantum mechanics?”

“I hear he sleeps with, like, twins, and stuff.”

“Dude, he doesn’t need twins. He has triplets.”

Every guy in this room wants to be him. He founded a mobile processing company before mobile was a thing and grew that company into a behemoth. He made so much money, he’s always on lists of the richest men in the world.

And now he’s teaching here, at a small college outside of Philadelphia called Monray.

We’re known for two things: having the best football team in the third division, and two bars across the street from each other that have the same exact name.

Basically, we’re just a tiny private college with not all that much going on. We’re in a suburb that’s too far from the city to make hanging out in Philly even possible, but not far enough away that people don’t try anyway.

I bite my lip and for the millionth time I wonder what Jason Turner is doing teaching at Monray. He could easily go to work at any big college in the freaking country. I mean, they’d line up to let him teach a computer science class like he is here.

But I guess it doesn’t matter why. All that matters is that I got into his class, which was a miracle in itself, since it filled up like two minutes after registration started.

I shift in my seat, glancing at the two guys again. One is heavyset with baggy sweatpants and a matching sweatshirt. His black laptop is on his little desk and he has Reddit open in a browser. Next to him, his bro-friend is skinny and is wearing a t-shirt and shorts, despite the chilly early spring weather.

“Seriously, though, the guy is brilliant.”

I can’t help but grin to myself. I agree that Jason Turner is absolutely brilliant. There’s no denying it. I read that white paper and I’ve followed his career.

But not for the reason these guys have. I don’t care that he’s rich and famous and a notorious playboy.

He’s the hottest freaking man I’ve ever seen in my life.

That’s why I’m here. I mean, I’m also here because I want to learn from him, and the guy definitely has something to teach. But I’m not excited to see him because he’s rich and famous.

I’m excited because I want to know if he’s as attractive in real life as he is on TV.

The room is buzzing for five minutes past start time. Jason’s running late, and I can tell everyone’s starting to wonder if he’ll actually show. I mean, nobody really expects this freaking billionaire to show up at our tiny college to teach a class on virtual reality.

But he proves us all wrong. A couple minutes later, he strolls into the room like it’s no big deal, and the whole place suddenly goes quiet.

He looks out at the room. There are maybe thirty or forty students packed into a small little lecture hall-style room. He frowns a little bit, runs a hand through his hair.

And I almost pass out.

He’s just as attractive as I thought he would be. Actually, he’s even hotter.

Rugged, square jaw, bright blue eyes, thick brown hair with slight gray highlights, almost like the gray was put in there professionally. He looks more like a model than a tech nerd.

He makes all the guys in this room look like little children.

“Sorry I’m late,” he barks, opening up his briefcase. He pulls out a stack of paper and holds it up. “We’re taking a test today.”

The room shifts. I look around again. I’m the only girl in the room, I realize after a second, but it’s not surprising. I think there are maybe two other female computer science majors in the whole college, so I’m used to being the only one in a class, but still. I figured the other two would’ve shown up for this.

Guess not. Maybe I’m the only one with a huge crush on this much older man.

Age is just a number though, right? I mean, I’m twenty-one, and he’s forty. He’s not even twice my age. That makes it fine, right?

Doesn’t matter. Not like it’s a real thing. I mean, it’s just a stupid crush. I can fantasize all I want.

“Take one, pass it on,” he grunts as he hands the stack to the person on the far right of the front row. The papers start moving through the crowd.