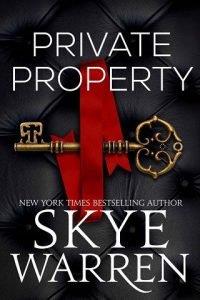 A gust of wind rocks the Toyota Prius.

I clench my teeth together. I’m pretty sure this compact eco-friendly car wasn’t designed to travel up a mountain. Rain falls in sheets, heavy on the thin roof. Through the window a half moon reveals an endless climb. I cling to the plastic handle, shivering against the worn fabric of the seat.

They didn’t have mountains this high in Houston. I thought the plane ride was scary, but this hour and a half drive is worse. Much worse. I knew Eben Cape was on the coast, but I pictured something sandy with gentle waves.

Not steep cliffs that drop into nothing.

Not a talkative one, my driver. He had a low rating on the app, but that’s what you get for an economy ride share. The pounding of rain unnerves me. As does the slope on the road. Water will make it slippery. I’d almost ask him to turn around, except that seems more dangerous on this narrow road. The only way left is forward. And up.

My ears do that strange hollow feeling I got when the airplane took off. I can’t see much in the dark, can’t hear anything. It’s a surreal sensation, like floating through space.

I look down at my phone. Its light almost blinds me.

If I lost signal, then maybe the driver did, too. “Do you still see the map?”

“Only one place this leads,” he says, almost shouting to be heard over the storm. “The Coach House. Nothing to do but keep going now.”

The Coach House. That sounds comforting. A lot better than the number and street address I punched into the app. I’m picturing something with sturdy bricks and a birdbath. I close my eyes and hold the image in my mind, clutching my phone so tight it hurts.

I know precious little about the family I’m going to work for. Only that a man recently got custody of his niece. I wonder if he’s a fisherman. Maybe he catches lobsters out in that wild ocean spray. He’d wear rubber boots and have a white beard.

The car jerks suddenly, pulling out of its endless turn, the whole frame rocking on the tires as we reach some pinnacle. I let out a squeak that’s swallowed by the gales of wind.

Shadows shift through the windshield. Something looms ahead of us—large like another mountain to climb. Except it’s not a mountain. It’s a house. No, more than that. It’s a mansion. Don’t stop, I think. Don’t stop here. There’s something forbidden about this place. I’m too practical to believe in ghosts, but this place feels somehow haunted.

The car skids to a stop, the brakes pumping in some automated fashion to stop the slide. The man already has his blinker on, ready to turn around in the small space as soon as I’m out the door. I peer through my window at the mass of slick night-blackened stone.

“Listen,” I say, my hands shaking as I pull up my phone. It still has no signal. The map of Maine has no little dot to show where I am. It only spins and spins. “Are you sure this is the right place? I don’t see a street number written anywhere.”

“This is the Coach House,” he says, impatient now. He still doesn’t turn. I’m talking to the back of his head. To the side of his shoulder.

“Okay. Okay.” He doesn’t want to talk to me anymore, and maybe that doesn’t matter. It’s not really for him. I’m pumping myself up. For someone who never set foot outside Harris County her whole life, this trip has been like shaking up a goldfish in a bag. “I can do this.”

No answer to that.

“I’m going to walk in that house. And work there. And live there. For a year.”

He turns the radio on. The Weeknd vibrates through the tinny speakers. It’s not precisely reassuring, the way the music fights with the storm for dominance and loses. I open the door. Wind tries to keep it closed, but I use my body weight to half-step, half-fall onto the soggy grass. I drag the carry-on luggage I picked up from Walmart last week with me.

The car inches forward, the door hanging open, rain pooling on the dark fabric, and I jump forward to slam the door so he doesn’t end up driving down the mountain that way.

Tires slide against wet ground. Mud flings against me in a hard splatter.

I head to the front door, which naturally does not have much of an overhang. Rain slicks my clothes to my body as I ring the electronic doorbell, trying to school my expression to one of calmness in case anyone’s watching with their phone. A bong reverberates from inside, but no one answers the door. I count to twenty in my head. Then thirty. Then sixty.