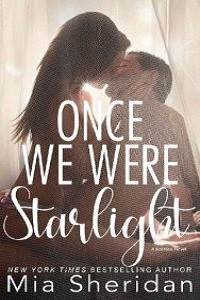 “For even as love crowns you so shall he crucify you. Even as he is for your growth so is he for your pruning.”

I felt him before I saw him, but that had always been the case. A subtle flush beneath my skin as some unnamed particle that created my being reacted to the same yet opposite part of his. The soaring rise of yearning I’d come to know would always exist within me, regardless of how hard I fought it. My body needed no eyes to discern he was close, the same way you sense your shadow when you feel the brush of the sun. Even so, my gaze swept the room, flickering over women in jeweled evening gowns and men in crisp black tuxes, past tables laden with sumptuous food, and beyond the champagne fountain bubbling and sparkling in the reflection of a dozen crystal chandeliers.

My heart jumped then stalled before picking up an erratic beat. There. There. He was leaning against a marble pillar, eyes fixed on me, his expression somehow both placid and intense. I drew in a breath, bringing my hand to my midsection, my fingers floating over the emerald-green velvet of my gown as though I might somehow subdue those swirling particles still so drawn to the singular man across from me. Why? Why are you here? Why now when I’ve finally begun to find peace? Did you sense it? Have you come to take it away?

His gaze drifted downward to where my hand rested, returning quickly to my face, a small frown marring his features, as though attempting to discern my gesture and expression, and coming up short. Some part of me found satisfaction that he was no longer the expert on my emotions. And another part mourned.

“Are you excited, Karys? The award ceremony is starting soon. We should go back to our table— God, who is that? Or should I say, who is that god?” I heard June say from beside me.

“Zak Klein,” I murmured, without turning her way, the still-unfamiliar name rolling off my tongue, though he’d chosen it what felt like eons ago in a hotel room on the other side of the globe. My assistant’s bare shoulder brushed mine as she leaned around a woman in our way to peer at the man who’d pushed off the pillar and was now moving toward us. Sleek. Purposed.

Her hand gripped my upper arm. “I thought that was him. He’s coming toward us. Holy hell.” As quickly as she’d grasped me, she let go, and I could see her preening in my peripheral vision.

“He is,” I breathed, my muscles tensed to flee, toward him, or away, I wasn’t quite sure.

Whatever June had heard in my tone made her pause and turn her head in my direction. “Do you know him, Karys? And you’ve never told me? Holy shit. His half-naked picture’s all over Times Square. How many ad campaigns have been designed around him? A dozen at least. And you’ve never mentioned a thing about knowing him?”

I thought I had. Once. I’d believed I knew him better than I knew myself. Or as much as. For we’d been one. Lovers. Twins. Not by blood, but by soul. Entwined.

He moved closer and my muscles drew tighter. Primed. His features sharpened, the light and shadows caressing the peaks and hollows of his extraordinary male beauty, loving his darkness and his light so effortlessly. It hadn’t been quite so easy for me. Then again, he hadn’t really given me the chance. My ribs drew inward, breath stalling.

She looked back in his direction. “You could be related, you know that? Wait—are you related?”

A strangled sound emerged from my throat. Could I do this?

I drew in a shaky breath, summoning strength. Yes, you can do this. If you must, you can.

“I’ll be back,” I murmured, forcing my feet to move toward him. I will not run. Not this time. I pulled my shoulders back as I wove through the people standing between us, my gaze focused on his. As I drew closer, his expression changed, his mouth parting slightly in surprise, his eyes growing both warm and wary.

He hadn’t expected me to meet him halfway.

“Karys,” he greeted, his voice guttural, both of us halting when we’d made it to each other.

I took him in, a jolt of electricity flashing hotly through me at his sudden close proximity. Oh God. He was standing right in front of me, and it was heart-wrenchingly terrible. And painfully wonderful. My eyes devoured him. Not the image I’d seen countless times on billboards and in magazines, but him, flesh and blood and starlight. My stomach twisted and I felt the familiar shiver of want rush through me. His nostrils flared and his eyes grew momentarily lazy before his expression once again smoothed into serenity. “Karys,” he repeated.