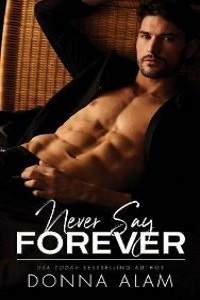 “Behind every exquisite thing that existed, there was something tragic.”

“Hello? Charles, can you hear me?”

The call connects, my friend’s response an ominous crackle followed by some mostly distorted vowels sounds.

“Charles?” I pull the phone away from my ear to glance at the screen, desperately hoping we’re still connected because I need help. Plus, I also have something very important that I need to tell him. “I could literally junk punch you right now.”

“I’m stuck up the side of a mountain, lost. Which is bad enough, but Fred has a puncture, and guess what? There’s no spare tyre!” I don’t know why I’m bothering to tell him, considering he’s the reason Fred, my little Fiat, doesn’t have a spare. “This is the absolute last time I’m loaning you anything,” I continue. Okay, rant. “Seriously, you won’t get so much as a teaspoon from me, so you’d better start packing one with your lunch!”

“You promised, promised me, that you’d get the tyre fixed last week.”

The crackling halts, and I’m suddenly left looking down at the now-dead phone in my hand. With a strangled cry, I raise my eyes heavenward, but divine intervention isn’t in the cards today. Instead, the grey clouds part, allowing the late afternoon sun to beam down happily. If I feel like crying, the least the sky could do is cry with me.

It doesn’t, so I give in to frustration and kick the tyre instead.

But the action is more a glance than a blow, plus I use the sole of my shoe. Angry or not, I’m far too sensible to add a broken toe to my current woes. I fold my arms, then let them fall, carelessly dropping my dead phone through the open window. It bounces off my purse and tumbles to the floor, then I hear the sickening sound of the glass screen clipping something metal under the seat.

And I really should’ve told Charles I was lost before I bitched about the missing spare tyre. I’m generally not so short-tempered, but a girl can take only so much, especially after driving around aimlessly for an hour on scarily unfamiliar roads, including some without barriers and potential sheer drops down a freakin’ mountain! No wonder my nerves are fraught. And to add insult to injury, I’m lost up here because of him. He’d called a couple of hours ago, begging me to pick him up after he’d had an argument with his latest love interest.

“Because one swallow does not a boyfriend make, Charlie boy,” I grumble angrily, angry with myself for this situation and angry with him for not replacing the spare. And extra angry he’d sent me a text ten minutes ago to say he and Anton had made up and that he no longer needed rescuing.

“Urgh!” A wash of frustration floods my veins. I hate how this level of toxicity is poisoning my mood. So I close my eyes, take a deep breath, and try again.

“Ommm.” I push out the sound on a slow exhale, chasing away my critical thoughts as I try to bring a little peace to my mind, body, and soul. When I take a yoga class, Om is how we begin and end each of the classes; it is said to be the primordial sound, ancient and restorative. A sound that connects all living beings to nature and the universe.

Channel more Zen. It’s not like I have the greatest track record with dating either.

When I open my eyes, I’m still in the middle of nowhere. Though I’m at least calm enough to realise it’s a very beautiful sort of nowhere. Shielding my eyes, I gaze across a carpet of green hills and valleys, the road winding down like a smudge of white chalk as though all the way out to the Mediterranean Sea. As the crow flies, I’m less than thirty minutes away from both beach and city, but as I don’t have wings, I know I can kiss my planned afternoon of beachfront bottomless pomegranate martinis goodbye.