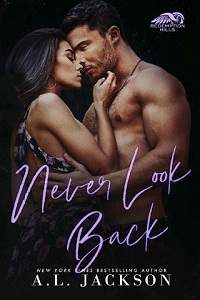 It was just after ten when I pulled into the circular drive of the mansion hidden deep in the forest outside Redemption Hills. Night stretched long and dense across the heavens. It didn’t matter. The sun could sit square in the sky, and you would still be able to feel the darkness radiating from within.

A shroud of debauchery.

An oozing of sin.

You didn’t get this rich playing by the rules.

That was a rule I’d learned at just nineteen.

The moment I came to a stop, the valet opened the door to my Maserati.

“Sir,” he said as he stepped back for me to stand. “Welcome.”

“It is a beautiful evening, isn’t it?” I responded with too bright a smile as I rose from the driver’s seat. I inhaled the cold, mountain air and casually readjusted my suit jacket as a bolt of anticipation jumped into my veins. It curled beneath the surface of my skin like a demon that had finally found a place to sink its talons, and a thirst that felt like an old, familiar friend lit in the well of my chest.

Nine cars were parked facing out along the long, curved drive that looped around the front of the house.

A G-Wagon, among others.

I was certain I’d be the proud owner of at least one of them tonight.

The valet slipped into the seat of my car so he could park it next to the rest.

I strode toward the expanse of concrete steps that led to the double doors. When I hit the top landing, one side opened, and I was escorted into Haille Manchief’s home by a guard named Oz who was dressed in a designer suit. His holster peeked out from under his jacket and a massive scar ran the length of his face.

“Oz. It’s a pleasure to see you again. Tell me you brought backup.” I grinned.

Let’s just say the last time I’d visited, there had been a small disagreement when another player had felt played.

He roughed a chuckle. “Tell me I’m not going to need any.”

I patted his shoulder. “Now what would be the fun in that?”

“You are dangerous, you know?” He smiled when he asked it. “You’re lucky the boss likes you.”

I ran a hand over my trimmed beard. “I have no idea what you’re talking about. Everyone likes me. I mean, come on, man, have you seen me?”

He laughed, his accent thick as he eyed me from the side and said, “I know firsthand that is not true.”

“Jealousy. Admiration. Like. They’re all very closely related. Some people just have a hard time managing the proper way to show them.”

Amusement gleamed in his blue eyes. “Like I said, dangerous.”

He led me deeper into the bowels of the home decorated in dark woods, plush, oversized rugs, and exposed, raw stone. A giant fireplace roared from beneath a two-story mantle in the main room, accenting the carved staircase that led to the floors above.

Haille Manchief was a rich motherfucker. Bred of old money and wicked schemes.

I’d made him richer.

Legitimate investments that had turned over a multitude of times.

I supposed he’d been returning the favor by inviting me into his underworld. Or maybe he’d only needed one look at me to recognize the vile stain that lived within.

Oz and I edged down a long corridor before we dipped through another set of double doors and headed down the wide, spiral staircase to the basement below.

Fighting a smile, he dipped his head before heading back up to the main floor.

Downstairs, the air was thinned, dense with the scent of expensive bourbon, cigar smoke, and sweaty expectation.

Gathered around the table were a group of greedy men. Some filthy rich who had plenty to lose and others who would fair far better by packing their shit and leaving before it was too late. Their mistresses lingered around the room, some standing behind them like good luck charms. More likely consolation prizes to soothe them when their egos were stung.

Moving toward an open seat, I glanced around at the men’s faces. I knew in a beat, I would win.

Losing cost you everything. Greed was the only way to survive. Pushing ahead. Taking what you needed before someone else stole it from you.

I took my seat, and Haille lifted his chin my direction, the old bastard puffing at his cigar as he rocked back in his chair. He sat three seats to the left, his smile wry, like he knew I would do whatever it required, too, and he took some twisted satisfaction in that fact.

The valet came downstairs and dumped the pile of keys he’d collected onto the middle of the table while the dealer divvied chips for their worth.

The asshole next to me rubbed his hand on the back of his beefy neck as nerves visibly rattled through his body.