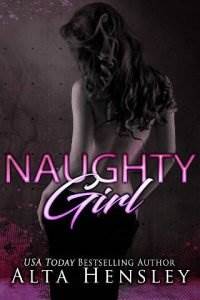 The fear I was feeling was like a punch to the gut.

Hands around my neck squeezing.

Chains around my body with no escape possible.

A gag between my dry lips so I can’t scream.

This is it. I knew this day would come. Deep down in my moral soul, I knew punishment would be the ultimate ending to this story.

I stared out the window at the cars pulling up. Men in suits and men in uniforms were storming my building. The pink neon light from a sign on the street illuminated the army of justice. I had fucked up.

It didn’t take long for them to barge their way into my office.

“Hailey Parker. We have a warrant to search your office, confiscate all files and computers.”

I nodded with wide eyes. I tried to offer a smile, although the effort could very likely crack my face. But if I was nice and cooperative, maybe they would let me go free. Or maybe I had sufficiently hidden my misdeeds. Maybe I was smarter than them. There was a chance that whatever desk jockey they assigned this case to wouldn’t be able to find out what I’d done.

“We would like you to come with us,” a man in a suit said. They all blurred together, and I wouldn’t be able to describe any of them tomorrow in a lineup if I had to.

“Am I under arrest?” My voice didn’t sound like mine. It quivered and was too high-pitched. A stranger was doing the asking.

“That will be up to you, Ms. Parker. We hope you’re willing to be cooperative.”

I nodded again. Although I knew what they would want from me.

I saw the black sedan waiting on the corner. I knew they would come. There was no way around the inevitable no matter how much I had hoped otherwise. There was no escaping the Bennato Brothers, especially when they felt betrayed and penance was due.

I could run. Self-preservation kicked in as my eyes darted from side to side looking for an escape route. Yes, I could run... and I would be caught. Running from them only made things worse. I knew this.

Fuck. I knew this.

Lifting my chin, straightening my spine, and taking a deep breath to steady my nerves, I approached the vehicle. In order to survive, I would need to face the monster head on. Maybe if I showed no fear, I could mask my guilt with bravado. Charm and grace had worked wonders for me in the past, and there was always hope that those same attributes, when utilized correctly, could work again.

As I approached the driver’s side of the car, the tinted window lowered to reveal a man with a rigid jaw, dark eyes, and about two days’ growth of facial hair. I didn’t recognize him, but I didn’t need to in order to know he worked for the Bennato family. People who looked cold and emotionless all worked for one of the mafia families. All employees seemed to be the same. No friends or family. Loners. A past that made them not care about the future. I should know. I was one of them. I was no different than the man sitting behind the wheel.

“Get in the car,” he ordered. His tone was flat, firm, and just like his appearance, void of life.

For a split second, the thought of running attacked all my senses again, but I pushed them to the depths of my being, opened the back seat door, and climbed in. Everything seemed to move in slow motion. I kept hearing the words of my mother when I was a child telling me to never get into the car of strangers. Never speak to strangers. Never do what I was doing.

Before I could fasten my seatbelt, the car took off. “Where are we going?” I asked. My voice rang foreign to my own ears. It quivered and sounded weak and helpless. I swallowed hard and tried to chase that cowardly woman away. I wasn’t her. I was a fighter. A powerful woman. A motherfucking queen. I had battle scars to prove it. “Did the brothers send you?” I asked, willing myself to sound much stronger this time.

The man didn’t answer, but I saw his eyes look back at me in the rearview mirror. He diverted eye contact quickly, and it was then that true panic set in. No one wanted to connect with a dead man walking.

I should have resisted the pull of money. Any job that paid as well as the Bennato Brothers did was too good to be true. Working as a bookkeeper for the notorious Bennato family was either a death sentence or a prison sentence. I was a smart woman. I knew that no matter how good I was at running the books for the Bennatos’ multiple shady companies, the government would eventually catch on. But if I didn’t do it Stefano and Thomas Bennato’s way—which in the brothers’ world was the only way—then death would be the only outcome. The pay was excellent, but the risk was deadly.